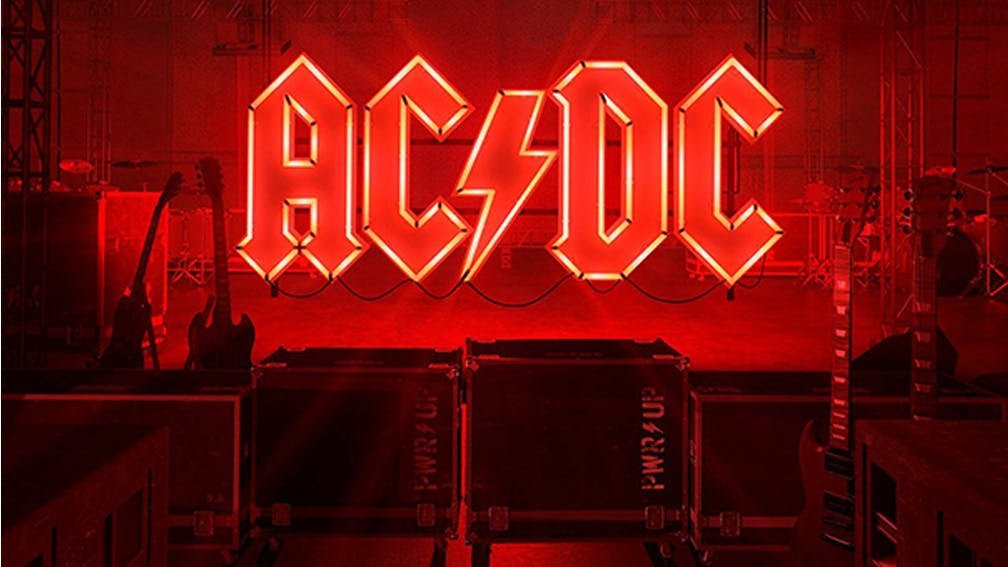 It might have looked like the curtain had come down on one of the most legendary bands of all time, but AC/DC are back.

Since we last saw them in 2016, the iconic five-piece have had a tumultuous time, taking in vocalist Brian Johnson’s withdrawal due to hearing issues, bassist Cliff Williams’ retirement and of course, the tragic loss of founding member and guiding light Malcolm Young.

Now though, against the odds and to the delight of countless fans across the globe, the boys are back and have brought with them their 17th studio album, the incredible Power Up. It’s a collection that sees AC/DC at the very top of their game and reunites mainstay Angus Young with Johnson, Williams and drummer Phil Rudd, as well as cousin Stevie Young, alongside long-term producer Brendan O’Brien.

AC/DC today are as close to a classic line-up as we’ll get now, but even with his absence being keenly felt, Malcolm Young is all over the album, from co-writing the songs with Angus to his presence still being felt in the studio. Power Up is that rare animal, a truly great record being made by a band decades down the line. What better way to pay tribute to Malcolm than that?

Cliff said: “We finished off the last tour and took a break for a little while. Sony got back in touch with Angus and asked him if he wanted to do something, so he contacted Brian, Phil and myself to see if we would like to do another album, with very much Malcolm in mind. We all leapt at the chance to do it, as it’s as close to the old band as we could get, so we were all very enthusiastic about it from the off.”

Brian couldn’t agree more with his pal, saying: “We hadn’t been together for a while, so when we got into the studio in Vancouver, there was a real electricity in that room. I can’t quite describe it and we aren’t spiritual people, but Malcolm was there. He was everywhere, just all over the place. Malcolm was such a very strong character when he was alive, I don’t think him passing away would change anything. We started powering up in the studio, with the lads putting the amps up and we knew, it was still there.
There was an energy there, all the boys felt it. It’s a tribute to Malcolm, as Back In Black was a tribute to Bon Scott.

We all met after his funeral, talking as if nothing had happened. It just felt like ‘the boys are back’, you know? So the album just has a certain energy in there that I can’t put my finger on.”

Power Up is 12 tracks of classic AC/DC, but it’s far from predictable and contains absolutely zero filler.
Asked to pick his favourite tracks that he would add to the setlist, even Brian struggles to narrow it down.
He said: “Through The Mists Of Time is a real favorite of mine and one that I play over and over again. Every time I do, I still get goosebumps. When I recorded it, I kept having to ask Brendan to do it one more time, even though he said it was finished. All I could see was the good times and the happy times that the song was written about, back in the mists of time in the 1980s. Things were simpler than they are now and we had a ball just playing rock n’roll, with the beers all over the stage riser and, as the song describes them, the ‘painted ladies’, which is obviously talking about all the lovely lasses. They were just happy days for us. I can see Malcolm in it too, so I really love it.

There’s another one that Cliff basically stars in called Systems Down. It sounds like he's picking a banjo, but it’s a bass guitar. That song has so much drive in it, you just can't help but think ‘What the hell is that?’ It’s like a non-stop train, you can’t hold it back, this thing. That’s what you need to make it different and fresh.

After we listened to the songs two or three times, before we knew it we were playing them like we’d been playing them all our lives. We just went straight into it, we surprised ourselves how quickly they became natural to us. It’s always fun when that happens. We did some live rehearsals in Holland and we did about six songs off the album, which is unheard of, as we have so many others to play in a set that, if we didn’t, would disappoint people. So we have to be very careful and pick two or three off the new album, but this time I’d like to do every single one of them. That would mean doing a four-hour set though! Maybe we could have an intermission like civilised people do!”

With any new album, both the band and the fans always have a tour to look forward to, but with the current COVID-19 pandemic, it’s going to be a while yet before we can see AC/DC do what they do best. Rest assured though, they are very much up for making what is sure to be a triumphant return.

Cliff said: “Hopefully we will get to it at some point. When we were together earlier in the year, we did the video and some rehearsals just to see how it was. It turned out great as the band was firing up a storm, so the last thing we said was whether we all wanted to go and play some shows, which everyone was up for. There was no definite plan, but everyone was definitely up for it. We just hope we can get to it, so maybe next year if everything is more on an even keel, we can get to do some live work.”
It’s all a far cry from how things looked back in 2016, when Brian’s hearing loss issues forced him to take his leave from the band, leaving Guns n’ Roses frontman Axl Rose to step in to fulfil the final dates of their Rock Or Bust world tour.

He said: “It was a bad time, like being separated from your family and there you were just sitting in the house. I was despairing a bit, to be honest, so I had to man up a bit. I said to myself : ‘You’re 68 and it’s not terminal. There’s people around the world going through terrible things, so stop feeling sorry for yourself. That’s not going to help anybody.’ So instead of taking drugs or anti-depressants or going to see a shrink, I just stuck my head in a whisky bottle for two months and it worked great! I just got happily drunk and it helped me get through it. It all went away, as it usually does!

It was a terrible time though, as I didn’t think I would ever have a chance to get back out again, but thankfully technology came to the rescue. A fella called Stephen Ambrose was looking for me and told me that he wanted to get me back on stage. It could have been all smoke and mirrors, but it wasn’t. He’s both a genuine inventor and a Professor of Audio, so came all the way from Colorado down to Florida and sat with me for two days. I couldn’t believe what I was hearing and I was hearing. His device was huge though, so we had to miniaturise it, which took three years.

Then we had that lovely day when we went to Holland. Stephen appeared and stuck the things in. For me, it just worked instantly, I was jumping about like a 20 year-old and I could hear everything. I remember saying to Angus that I could hear every note he could play and all he said was: ‘Oh. Bugger.’”

That last tour also saw Cliff retire from the band at it’s close, but like Brian, he couldn’t say no when the chance to get the old gang back together arose.
He said: “I just felt at the time it was the right thing to do and I was done. A lot of things happened, it wasn’t the same band and so on. I couldn’t face doing another two-year tour, so it felt over for me. Then this new album came up and it was going to be Brian, Phil, Angus and Stevie, I leapt at the chance to do it, but again, very much with Mal in mind. It was a no-brainer, I definitely wanted to be there.”
​
So AC/DC are back and, as always, they’re giving it everything they’ve got. The magic is still there, they’re loving every minute of it and they’re looking to the future. The way it should be.
​
Brian said: “Getting back together with the lads was great, but we were only just there to see if it was all going to work. We didn’t know if it would really, as we’re not that clever, but after a couple of days, we started to know. We just said ‘Let’s just go for it. Every ounce of energy, every rhythm you’ve got in your boots, everything you’ve got in your head and your hands, let’s just f***ing take it to the cleaners!’ And as I said, it was all for Mal. For us too, but it was all for Mal.”