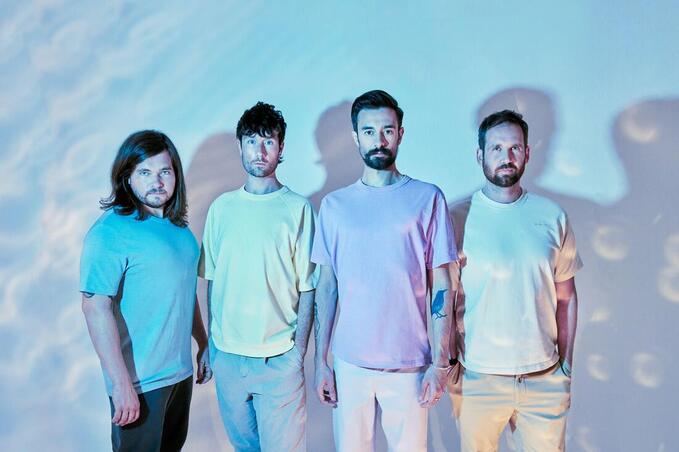 “I was surprised, as always, by how easy the act of leaving was, and how good it felt. The world was suddenly rich with possibility.” - Jack Kerouac, On the Road

Listen to the Thelma + Louise here

There is nothing more evocative in the movies than the open road. Those convergent lines stretching out before you towards the horizon signifying adventure, opportunity, or a means of escape. Sometimes all you need is a great friend and a tank of gas.

No movie captures the essence of taking off in the pursuit of freedom better than modern feminist classic Thelma & Louise. A huge fan of film, Bastille songwriter and frontman Dan Smith has brought their 1966 Ford Thunderbird and the escapist liberation of this iconic film into the universe of Bastille’s forthcoming new album.

‘Thelma + Louise’ - the song - shows the next evolution of Bastille’s sound. They pull together the punchy drum machines and dreamy synths of the 80s with a newfound sparseness, creating a fresh backdrop for a classic, anthemic chorus.

It’s is an infectious meditation on “days like these” where you want to just get away, whether that’s simply shutting your eyes and imagining yourself somewhere else or driving down to Mexico and leaping off the edge of the world. The song cleverly taps into the dichotomy at the heart of the film, where freedom and living in the moment are tempered by the threat of cold, hard reality intervening at any moment.

Co-written with legendary songwriter Rami Yacoub (Britney Spears’ “Hit Me Baby One More Time”, Lady Gaga’s “Chromatica” Album) and longtime collaborator Mark Crew, “Thelma + Louise” is the second track to be taken from the band’s forthcoming new album. It follows the captivating lead single “Distorted Light Beam” - co-written and co-produced with Ryan Tedder. The band have also dropped the sci-fi-inspired new track Give Me The Future, the vocals for which paint a picture recalling imagery from Blade Runner and beyond. It marks the beginning of a new chapter for the band—one that revolutionizes their sound—and hints at a new sonic and visual world to come.

Escapism is a theme that’s explored in depth on the new record, especially in connection with technology - in this case under the watchful gaze of Future Inc., a data-hungry, fake big tech enterprise from the future (that may or may not bear some resemblance to big tech enterprises in the present) The company’s innovative Futurescape technology (as seen in the video for Distorted Light Beam) is offering infinite possibilities of a new kind – the chance to journey in to your own innerverse. In Dan’s words, the concept gives Bastille the opportunity to “poke fun at the way these companies appeal to us and appeal to the world, and advertise themselves and talk about themselves, and take themselves really seriously and earn huge amounts of money whilst taking all our data and more”

Over the last month, Bastille have performed their first live shows in 18 months with headline festivals shows at both Standon Calling and Latitude and this week performed on BBC1 as part of the Olympics’ Homecoming Event. Earlier this week the band played two sold out Reorchestarted shows as part of the Hampton Court festival in London.


“You don’t predict the future, you imagine it.”
Future Inc.