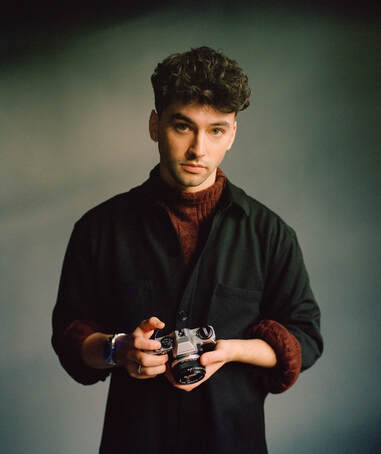 With wistful piano chords and a soulful nostalgic soundscape, Benedict outlines the notion of drowning in a digital world and the expectations of social media. The singer-songwriter’s hypnotic vocals float over a bed of ethereal textures as the track snowballs into a lullaby-esque oblivion.

Speaking on the track, Benedict says: “‘All My Famous Friends’ is a song about the dark side of social media. It all feels a little dystopian these days; we curate our own daily TV shows to project polished versions of ourselves out to the world. But in the end, I fear it’s making us all feel a little lonelier, and a little less connected each day. I was certainly feeling that way the day this song was written.”

Drawing inspiration from real life experiences and imaginings of relationships between people, Benedict Cork is an exciting new talent. His refreshing vulnerability and distinct brand of melancholic pop has seen him amass over 10 million streams across DPS’s, whilst receiving key support from Spotify’s editorial playlists Sad Songs, Easy, Coffee Break and Mellow Pop. A frequent collaborator, teaming up with the likes of Justin Tailor (Hoost), LOVE SICK and Simon Jefferis, his efforts have received praise from tastemakers BILLBOARD and CLASH, as well as being championed as “sensational, a name to look out for” in the eyes of Sir Elton John, who picked up one of his tracks for the acclaimed Rocket Hour show.

An avid live performer, Benedict has played all across Europe and the UK supporting Duncan Laurence. He’s also opened for Tom Walker and Emily King at home in the UK, as well as performing alongside international icons Stevie Wonder and Lionel Richie at the British Summertime Festival in 2019.

Though 2020 saw the cancellation of live touring, it wasn’t enough to clip Benedict’s wings, as the tumultuous year saw the release of his profound Piano Tapes, Vol.2 EP, brand collaborations with fashion house Mugler and the mental health charity CALM, a deeper connection with his fans through online performances, as well as his link up with Tim Bran (London Grammar, Birdy, Rae Morris) to record his forthcoming EP.

With plenty in store for 2021, including a sold-out headline show at The Jazz Café in July, “All My Famous Friends” marks the start of what is on track to be Benedict’s most noteworthy year yet. Watch this space.