Don Bronco are back with their stunning fourth studio album, 'Amazing Things'. The Bedford rockers seem to have been working hard to bring a fresh new sound to their ever growing fan base.

Knocking it out (pun intended) of the park with the opening track 'Gum Shield', front man Rob Damiani gives a taste of great things to come.
A personal favourite of mine, 'Manchester Super Reds No. 1 Fan', is packed full of rocky, metal guitar crunching mixed with a hint of Daft Punk Electonica. The accompanying video is a must watch, showing the lad's humorous side as ever. Just how many Beckhams is too many? 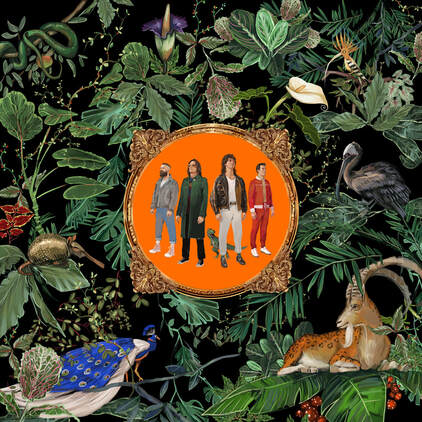 Taking a swing at the perception of modern day perfection in 'Swimwear Season', Don Broco is calling out Mr and Mrs Perfect. As catchy as it is heavy, the track definitely shines a spotlight on the pointlessness of most first world problems.

The album is heavy and rocky but also has it's mellower tracks to give the ears a brief moment of calm with the awesome 'Anaheim' with superb guitar work following on from the melodically heavy 'One True PRince'.

Don Broco has taken the spirit of early Anthrax, with their eagerness to experiment with new sounds and styles and mixed it with a hint of The Prodigy in the likes of 'Bruce Willis'.
The new single, 'Endorphins', is a winner in any playlist with its signature heavy beats and clean vocals mixed with a touch of electronica. It really is a great track.

'Uber' is an angry, thrashy track dealing with issues of racism and discrimination in modern society. You can feel the anger and frustration in the vocals that Don Broco feels at the bigotry that still exists in the world.

The album is an accomplished work, with the band seemingly finding their feet with a superb mix of electronics and heavy guitar riffs. Experimental and no doubt influential, Don Bronco has excelled themselves with 'Amazing Things', and it truly is an amazing thing.