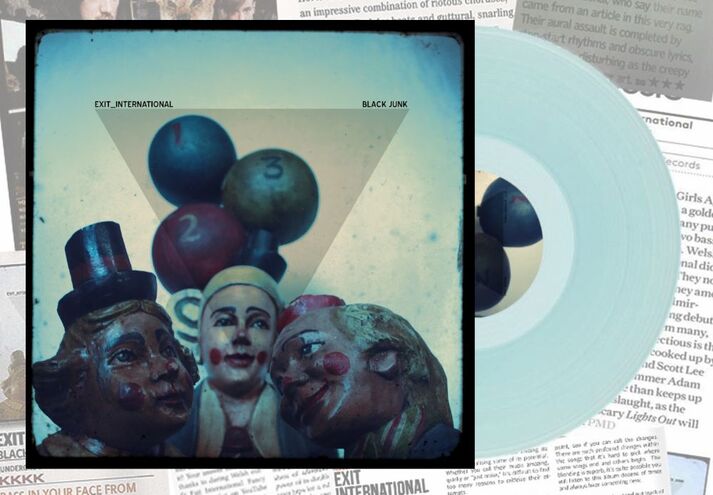 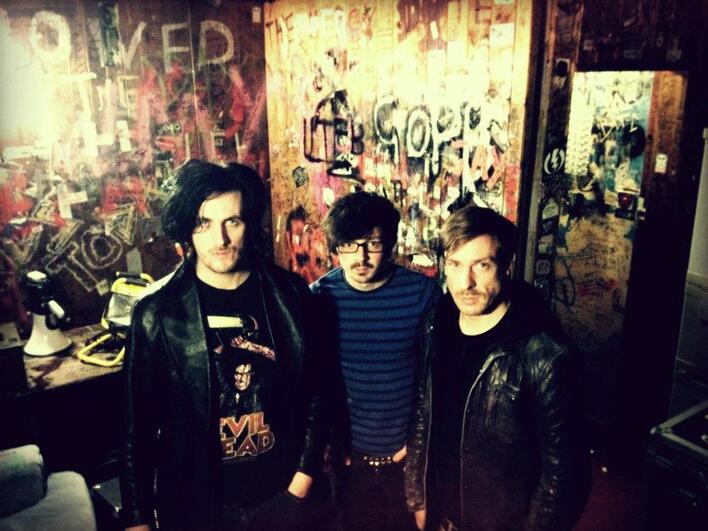 It's September 17th 2011; the sun is shining, the birds are chirping and Exit_International's debut album 'Black Junk' was released into the world, and boy was it ready for it.
The critically acclaimed (Kerrang!, RockSound, Alternative Press, The Quietus) Welsh Music Prize-nominated debut album turns 10 on September 17th of this year, and to celebrate their baby turning double figures, Exit_International will be remastering and re-releasing the album on limited edition 180gm coloured vinyl for the first time, also including three brand spanking new, never heard before bonus tracks.
With Black Junk Exit_International have managed to create an album that, a decade on, has still managed to retain all of it's, erm, charm?  Still as shocking and hard-hitting now as it was 10 years ago, Black Junk is definitely not an album to take home to your Mother.
Since their formation in 2009, the dual bass led three-piece have created their own brand of ear-shatteringingly aggressive rock, whilst throwing in some singalong pop hooks for good measure.
Recorded with Carl Bevan (60 FT Dolls) at his home in a 72 hour chemical haze, their explosive debut Black Junk demonstrates just that. In a sound spectrum of their own, the band unapologetically shuns the use of guitars yet packs a double onslaught of bass into every bar for maximum carnage. Coming in at just over 30 minutes, this short, sharp shock of an album is an intense whirlwind of pummeling staccato bass riffs, brutal, pounding drums and salacious lyrics that are sure to make you blush. The exhilarating ride is topped off by Scott Lee Andrews whose voice effortlessly shape-shifts from ferocious screaming, sinister, demonic snarls and at times high pitched vocals that sound downright inhuman.
Speaking about the album's re-release, bassist and vocalist Scott Lee Andrews says: " 'Black Junk' still sounds to me as fresh as when we wrote and recorded it, we were not part of any scene and really doing our own thing. You can hear the absence of overthinking things. We wrote these songs really quickly - from what I recall it was on a rehearsal to rehearsal basis then gigging them to just tighten the performances. We spent 2/3 days in total tracking the songs with most of that time spent fixing broken studio gear with our producer Carl Bevan (Drummer of 60FT Dolls fame). Listening back reminds me how much we laughed and how fun that period was, with perfectly capturing that ridiculous lightning in a sonic bottle.  It really does capture the absurd aspects of our personalities as people. It's a fantastic debut and I'm still so proud of it, and the doors it opened for us".
Renowned for their visceral live performance and for unleashing sonic lunacy on stage, those doors included, playing PA destroying sets on the BBC Introducing Stage at Reading & Leeds, 2000 Trees, Leopallooza, as well as touring the UK, EU and Japan alongside the likes of  Monster Magnet, Blitz Kids, Ginger Wildheart, Baby Godzilla, Pulled Apart By Horses, Kids In Glass Houses, Future Of The Left, The Bronx, and more.

Grab a copy of the album here.