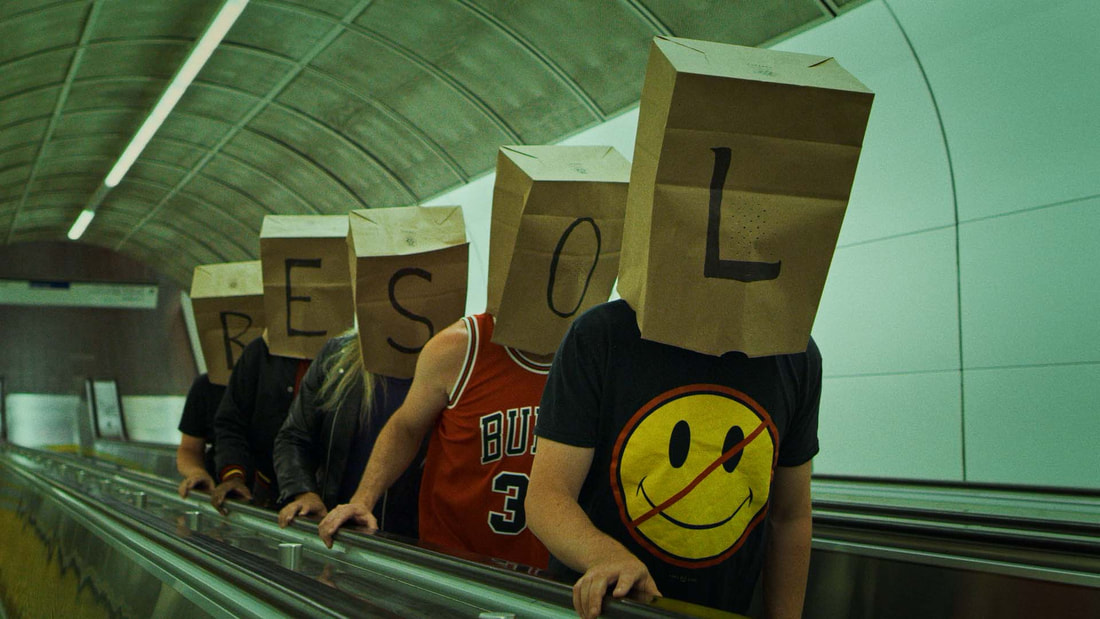 Fresh off the release of energising singles “Time for the Future” and “Quicksand” earlier in the year, Canada’s most exciting alt-pop band Fake Shark are back with the quirky, compelling alt-pop of “Loser”, the third single to be taken from their forthcoming new album.

Acoustic guitar chords ring out in a see-saw rhythm over tight, punchy drums, driving the song towards the defiant chant of its massive singalong chorus. The song is a timeless anthem for those who sometimes feel like outsiders, and draws influence from 90s and 00’s indie rock whilst remaining refreshingly contemporary.

Lead singer Kevvy explains: “Loser is a song written from the perspective of someone who’s just addicted to making life-destroying choices and they’re envious of people with self-control. The video was conceptualized by the brilliant director Sterling Larose, who’s done hit videos for Mother Mother and Son Real, and it’s about leaning into your problems and owning them and becoming famous for them.”

Through the years, Fake Shark – comprised of long-time frontman and creative force Kevvy along with Louis Wu, Tony Dallas, Alex Glassford and Jake Fox – have amassed hordes of loyal followers around the world on the back of their unconventional and undeniably distinctive brand of off-kilter pop. In the vein of boundary-bending pop innovators like Prince, No Doubt, Solange, or their comrade Blood Orange, no two Fake Shark albums are alike, yet all are instantly recognizable as their own.

With multiple albums to their name – the latest being 2020’s House of Mirrors – Fake Shark’s groove-oriented and melody-driven music has seen them build significant support in their homeland, alongside nurturing an international fan base with sold out tours in Japan, the UK and the US.

In addition to his work with Fake Shark, frontman Kevvy has developed an international reputation for his unique musical vision, leading him to produce, remix and write for a wide array of artists, from household names like Carly Rae Jepsen and Kat Von D to breakthrough talents like Fionn and Michaela Slinger. Whilst also broadening his musical palette by composing for film and visual media with an impressive list of credits to his name, it’s Kevvy’s work with Fake Shark that represents the purest distillation of his artistry.

The addictive hook-craft of “Loser” looks set to earn it serious attention, and offers a further glimpse of the exciting sounds we can expect from Fake Shark’s new album later in 2021.