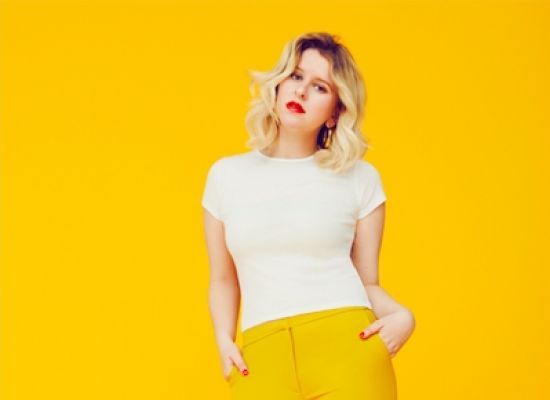 Regarding the single Hannah says,“I wrote ‘Wasted Love’ as a message to my past self. The song is about reassuring someone who is heartbroken that no love is wasted, even if it feels like it at the time.”

‘Wasted Love’ follows the release of Hannah’s hit single ‘Blue’ earlier this year. The song proved a smash at Radio 2, who added the track to their playlist and invited Hannah in for live sessions.

It also saw Hannah make waves in the world of fashion, leaving her distinct mark on London Fashion Week. She performed at the revered Richard Quinn show, which led the likes of Vogue to describe her voice as sounding,“like honey”and brought tears of joy to LOVE Magazine,“I felt a single tear roll down my cheek”.

Richard Quinn personally invited Hannah to perform at this year’s show after discovering her music on Instagram. Richard dressed Hannah on the night, and his collections have previously been worn by the likes of Lady Gaga, Beyoncé, Amal Clooney and more.

It’s not the first time the paths of Lady Gaga and Hannah have crossed from afar as the ‘Bad Romance’ singer previously found a video of Hannah singing on YouTube and tweeted about it to all her fans calling Hannah “a superstar”.

Hannah is gearing up to release her debut album in 2020. The album will feature ‘Wasted Love’ and ‘Blue’, as well as her previous single ‘With You’ and her beautiful cover of Fatboy Slim’s ‘Praise You’.

Released last year ‘With You’ was added to the Radio 2 playlist and saw Hannah make her debut TV performance on the Sara Cox show. Her cover of ‘Praise You’ also proved a huge success and was used to soundtrack a Lloyds Bank advert before going on to sell over 60,000 copies in the UK.

She has also made an impressive mark on the UK live scene. Last year she played her largest show in support of Barbra Streisand at Hyde Park, while she has also supported the likes of Jess Glynne, Gabrielle Aplin and Hozier.
Hannah Grace has rescheduled her London headline show and will play Omeara on October 29th. She has also announced a hometown show at Cardiff Clwb Ifor Bach on October 26th. Tickets are available now via  SeeTickets.