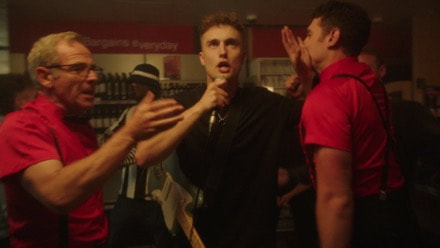 The fevered, frenetic tune, released in tandem with returning single Seventeen Going Under, has already received a frenzied live reaction at Sam’s first live show in almost a year last week at the Georgian Theatre in Stockton for the Music Venue Trust.

Watch the video HERE. It was directed by Semera Khan.

North-East legend Robson Green features in the video, playing a lax store cleaner (alongside fellow British actor Tom Brittney) in the supermarket that Sam and his band have broken into at night. Green, who throws his broom down to snack on the store’s stock and take a turn on guitar in the video, is no stranger to the music industry as one half of the all-conquering nineties duo Robson & Jerome. More recently, Green presented Extreme Fishing, a show Sam is a long-standing fan of.

Sam Fender’s new album, Seventeen Going Under, is released on the 8th October through Polydor Records. It was recorded in North Shields and produced with Bramwell Bronte.

Almost two years since the release of Sam’s critically acclaimed debut album Hypersonic Missiles debuted at number 1 in the UK album chart, Sam now readies its follow up. Seventeen Going Under finds Sam turning the mirror on himself; his adolescence and the trials and tribulations of growing up. It’s a relatable journey that careers through an often misspent youth, navigating tumultuous relationships with both friends and family, and trying to figure out what comes next and how to get there. North Shields is the ever-present backdrop for these deeply personal vignettes of a young life travelling breathlessly from nought to sixty, hauling on the breaks and zipping back again from where he started. Over the course of the record, these stunning songs chronicle all the cherished memories, tricky encounters, and events that Sam cannot unsee.

Whilst Seventeen Going Under is a more intensely personal record than Hypersonic Missiles, it’s lost none of Sam’s acute sense of observation. It’s a brave record. A defiant record. A celebratory record and an inspiring one too. Like only truly great songwriters can, Sam turns his own experience into art that speaks to, and resonates with all of us.  These are simple but stunning songs that arrow straight to, and straight from, the heart.

Seventeen Going Under can be pre-ordered HERE
​ 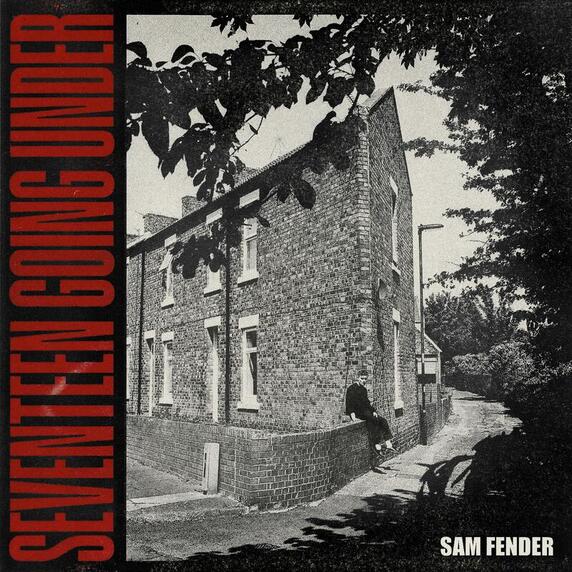