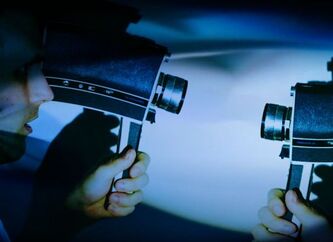 'Leather Jacket' is a potent pop rock track oozing with atmosphere and inescapable hooks reminiscent of a pairing between The War On Drugs and The Gaslight Anthem.

Regarding the song's themes, Jon says, "Before a relationship ends, there is an "event horizon moment"- a realization of what's about to happen mixed with an inability to stop it. In these moments, the slightest change in a person's behaviour sends a clear message of impending implosion: a new haircut, different clothes, or exclusion from the most mundane activities. 'Leather Jacket' rides on this theme with a power pop, synth arrangement, expressing the frustration and fear that accompanies the tipping point of a dying relationship."

Jon Reynolds & The Aches first emerged in 2018 with two well-received singles 'Undertow' and 'Tomorrow's News'. Following the release and a period of reflection, Jon buried himself in the studio with engineer Owen Lewis (Willie Nelson, Snow Patrol, R.E.M) and drummer Matt Singler to work on new material. He settled into the producer's chair with a clear sense of purpose: sounding like himself.

"I'd rewrite lyrics minutes before tracking, scrap a day of work because it didn't hit the right vibe," Jon explains. "I had to address some personal struggles all in the name of creating my most authentic expression."

Centred on revitalisation themes, the tracks delve into depression, heartbreak and self-discovery. Surrounding the dense, humanistic lyrics is Jon's musical signature, an evolution of modern pop rock and larger than life vocal arrangements resting on an ethereal hum of timeless comfort.