KAWALA
ANNOUNCE RELEASE OF THEIR DEBUT ALBUM 'BETTER WITH YOU' OUT MARCH 4TH 2022
NEW TRACK 'GOOD LIKE THIS' OUT NOW
BAND ANNOUNCE 2022 HEADLINE TOUR, INCLUDING SHEPHERDS BUSH EMPIRE SHOW 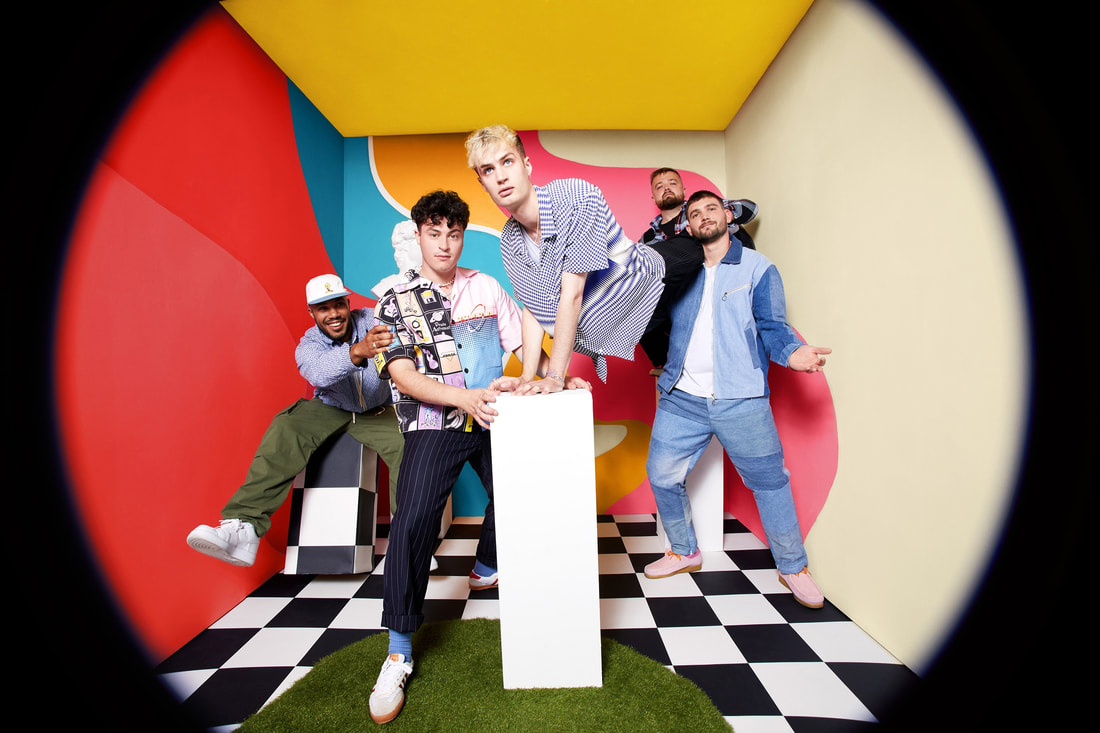 ​LISTEN TO 'GOOD LIKE THIS' HERE
KAWALA have announced their emotionally resplendent debut album 'Better with You' which will be released on March 4th 2022 through EMI records.

To celebrate the announcement the band have also released a brand-new track 'Good Like This', a euphoric slice of the band's intimate song writing, and they've also announced a new run of dates (including Shepherds Bush Empire) for April 2022.

"'Good like This' is on the more intimate side of the album's range" the band explain. "It's production style makes it stand out against other songs. We tried to achieve a certain euphoric feel, reflecting the emotional message of the song, and from that was born this hybrid of new and old KAWALA. It's definitely an interesting turn for us but not something we're shy or afraid of. That's why we felt it such a good song to put on the album. It's written from the point of view of someone giving themself advice. By telling themselves they feel better, they hope that they actually can."

Containing a spectrum of thoughts and feelings, observations and ideas, the album is driven by golden melodies, danceable afrobeat-inspired rhythms and immediate harmonies that create a truly encompassing atmosphere across its ten songs. The album follows a series of acclaimed EPs and live shows from the North London band over the last two years which have not just seen them establish a fanbase, but forge a living, breathing community of like-minded individuals around them.

Fittingly, their debut album is a celebration of this communality, with a lyrical thread running through its songs charting the band's growth as people and as artists. The record's artwork helps reflect this, the band having chosen to ask a number of individuals who have helped them along the way to paint or draw different panels that eventually formed the overall mosaic album cover.

"Most of the songs are journeys," declares singer Jim Higson, whose voice intertwines with co-frontman and guitarist Daniel McCarthy to drive the band's tracks. "They're about achieving something and getting to a new place. We wanted to tell not just our stories, but the stories of everyone who helped us to get where we are now, so the songs represent a much bigger journey."

Tracks like recent single 'Searching', along with 'Marathon', 'Echoes' and the (cheekily named, non-cover) 'Ticket To Ride', are filled with an intoxicating hopefulness that unfurls into bright, pop moments, sure to stir minds and bodies. While complimenting this immediate energy, songs including 'Hypnotized', 'Jesse C'Mon' and 'Good Like This' provide a more immersive musical landscape that offers the soul space to resonate emotionally.

"The title 'Better with You' comes from the chorus of 'Echoes'," explains Daniel of the album's name and the open-heartiness behind their music. "We wrote that about the longing and need to be reconnected with people. We had the audiences at shows in mind, but it ties with the wider feeling of the album because it fits so many scenarios, whether it is things like friends or dates. It's a big moment in the song that really encapsulates the hopeful journey and progressive mentality we try to have. The album really celebrates the people who can help you."

Recorded over the last 12 months as restrictions tightened and eased, KAWALA – completed by guitarist Dan Lee, bass player Reeve Coulson and drummer Ben Batten – found themselves collaborating with an array of leading production talent on their new record after their initial plan of retreating to a residential studio was scuppered by the pandemic.

Athlete's Joel Pott (George Ezra, Shura, Tom Walker), Cam Blackwood (George Ezra, London Grammar), Joe Rubel (Maisie Peters, Ed Sheeran), Dan Bryer (Tom Grennan, Rag'N'Bone Man) and Mark Ralph (Years & Years, Georgia) are among those the group have drawn on to collaborate on production and songwriting, as they took advantage of the windows when recording sessions were possible. Confident in their own artistic instincts, KAWALA were happy to draw on these unique artistic perspectives as they formulated a debut that lives up to their own vision.

"As soon as we have an idea that will work for Daniel's and my voices it will always sound like KAWALA no matter what else you do to it," notes Jim of the creative foundations behind their songs. "So the album became a great accumulation of who we are musically and all the great minds who we worked with."

"It was quite magical the way it came together as an album," adds Daniel. "I'm actually glad we have a range of producers on the album. It feels like much more of a celebration of our music than if we'd just gone away and recorded it all in one go."

Ultimately, anyone who hears 'Better with You will be immediately aware of the bigger spirit that drives everything this band does. KAWALA's debut is an album that offers a strong, vivid connection as its irresistible rhythms ripple around a yearning, emotional core.  This might be a record about life's journeys, but it is also one full of songs that will illuminate the road ahead.

"A statement of intent is a really good way of understanding this album," suggests Daniel. "We've always been a little outsider-y. We don't fit the pop narrative; we don't quite fit the usual band narrative. We're really happy to be taking up that space, but I think this is our flag in the sand moment. The album really says: This is us, here we are!"

The album marks the culmination of years of work which has seen the band grow from humble begging's to the world class act they are today. Along the way they have done everything from play socially distanced shows in UK parks (after the first easing of restrictions in 2020), appear on FIFA 2021, write and perform in their own YouTube sitcom (the mad-cap Paradise Heights) and become ambassadors for the Music Venue Trust. Each step on the journey has seen the band grow and expand on what KAWALA means to their community.

Ahead of the album's release, the band are about to head out on their biggest UK and Ireland tour to date – including a sold-out show at the O2 Kentish Town Forum, the venue at the heart of the London community where the band grew up. They'll follow these shows with their latest headline tour, announced today, which will see them taking in even bigger venues and culminate Shepherds Bush Empire.  Set to be an emotional reconnection between KAWALA and their audience after the pandemic, these dates will also offer fans a first chance to hear some songs ahead of the new record. It truly is 'Better with You'.