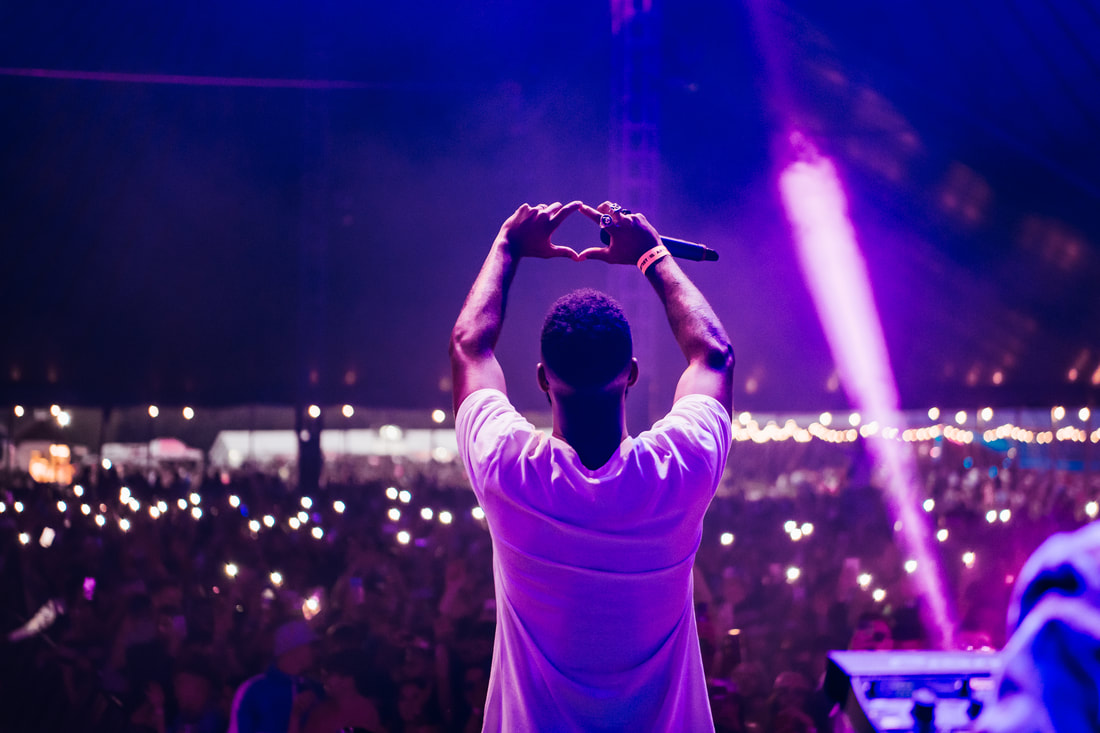 Check out the full LooseFest 2022 lineup, including who is appearing where, for one of this summer’s hottest weekend music festivals.  Mixing together international headliners, retro, pop, disco, tech house and ‘under-the-radar’ buzz acts across multiple all-weather stages, festival goers can expect a carnival funfair with a ferris wheel and street food village.  Up to 60,000 people are expected to attend the two day event.

Promising huge festival production and an even bigger atmosphere, LooseFest will be one of the largest music festivals ever to take place in the North of England and will be located on the city of Newcastle’s famous Town Moor.   Festival goers can expect a stream of talented artists including Mabel, who is set to take to the stage on Sunday 31st July, Joel Corry who will join the Saturday 30th July headliner Black Eyed Peas, Patrick Topping, Paul Woolford, Disciples, Flip n Fill, Clean Bandit and Tinchy Stryder, at what is expected to be a major event on the UK music calendar this summer.


When will the LooseFest set times be released?

The full LooseFest set times will be released in early July.  Here’s a rundown of the weekend schedule and different stage sets. 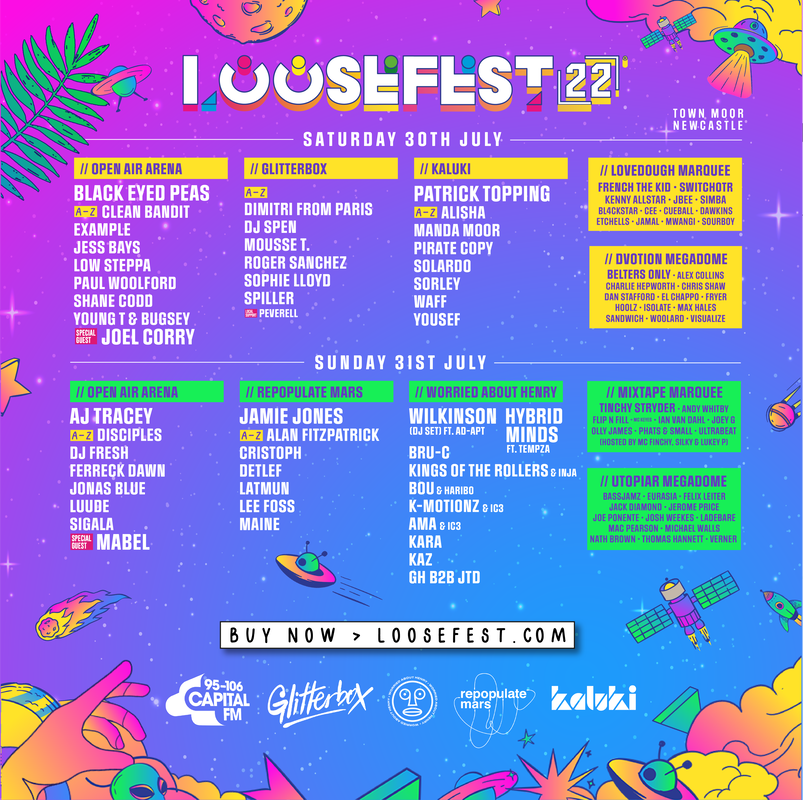 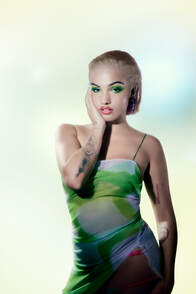 MABEL
MABEL : ‘Good Luck’ is the brilliant new single from Mabel, Jax Jones & Galantis with Mabel quoting; “‘Good Luck’ is the empowering song you need when getting ready to go out: when you’re feeling low about someone, and your friends will take you out to get that person off your mind.”

JOEL CORRY  : A master on the decks, the incredible DJ had 2020’s longest running consecutive No.1 single with ‘Head & Heart’ featuring MNEK.  Featuring on MTV UK and the reality show Geordie Shore, he regularly tours across the UK, Europe and Australia.

One of the founding members of LooseFest, Dean Saunders said; “We’ve been excited to release this for a while now and hopefully the full line-up shows everyone our vision for LooseFest and just how incredible we want the WHOLE weekend to be!”.

The coveted bash will feature ‘insta-ready’ installations, carnival big top tents and a food village with multiple food offerings, overseen by a top chef as well as VIP areas and “posh loos”.

​Simon Sykes, also one of the founding members of LooseFest said. “The LooseFest team have a wide span of festival, event and food experience and this year’s music festival will be our biggest to date. A range of day and weekend tickets are now available, along with VIP and corporate hospitality options – there’s something for everyone”.
​ 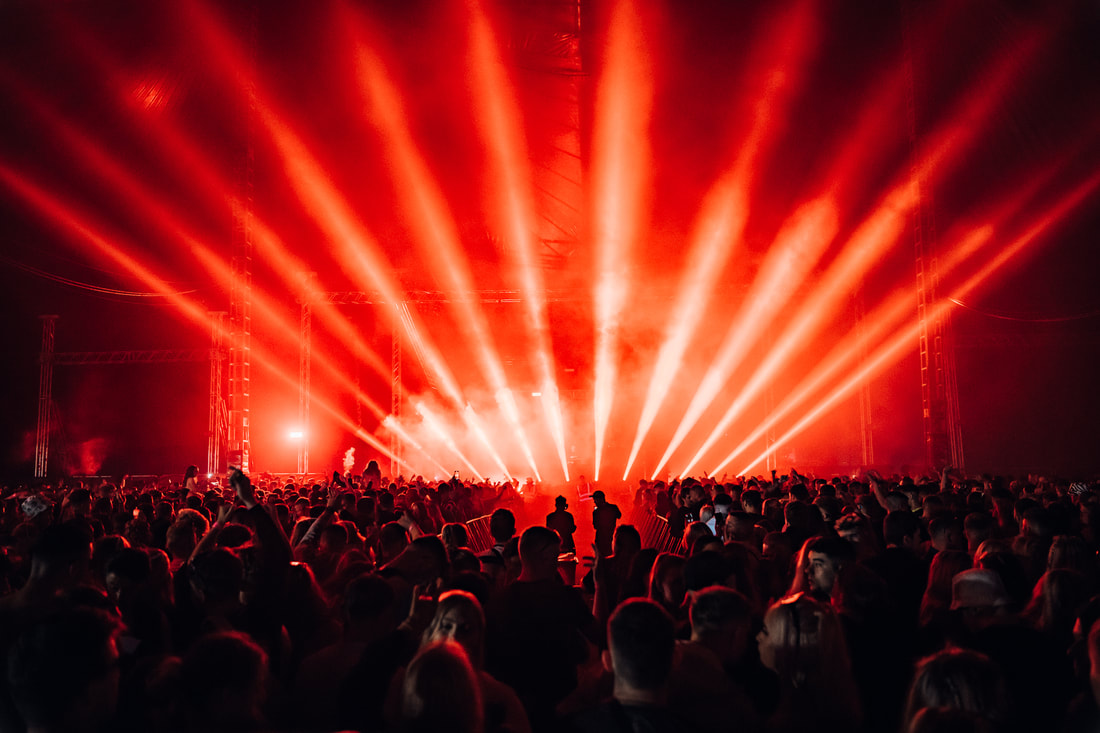 Follow all the latest LooseFest updates on their social channels: 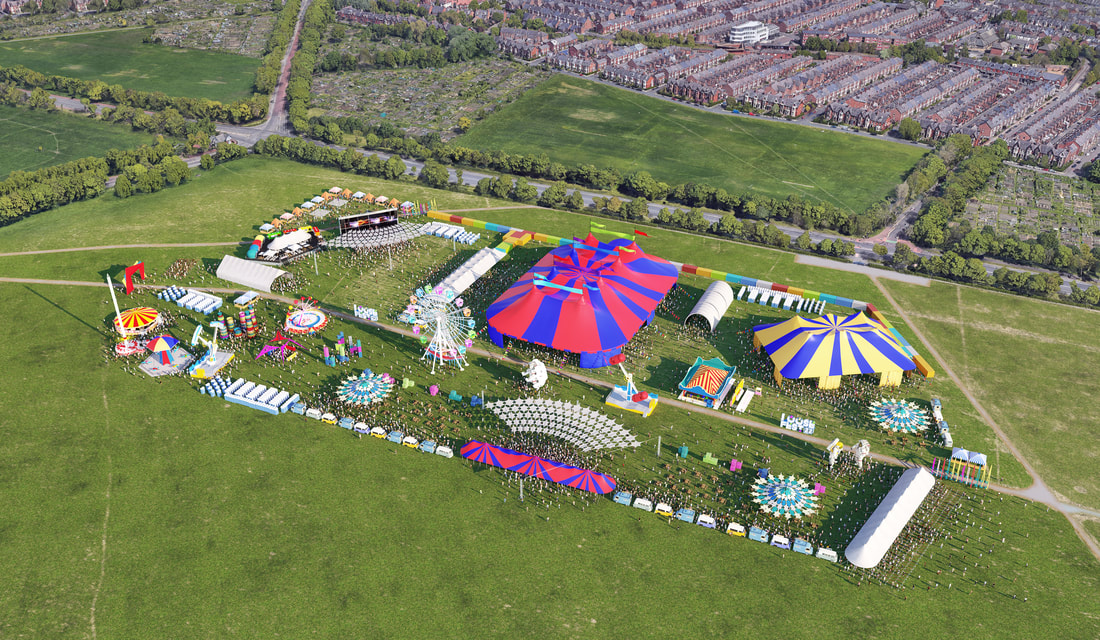