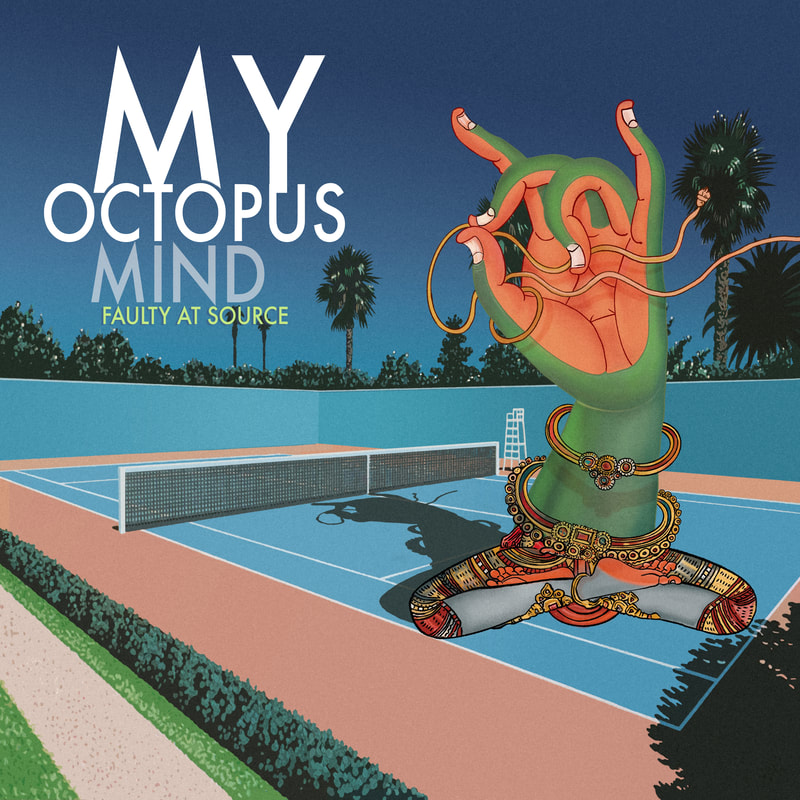 After an explosive 2019 which saw the release of their spectacular debut album ‘Maladyne Cave’ and two subsequent DIY European tours, Bristol-based experimental three-piece My Octopus Mind are back again with their second studio album ‘Faulty At Source’.

Since their conception in 2017, the band have developed a wild form of experimental rock using balkan rhythms mixed with heavy psychedelic post-punk, wonky riffs and moments of haunting grace. All of this is delivered with a subversive approach to songwriting at its heart; and this album is no different.

Whilst Maladyne Cave was very much an internal analysis, Faulty At Source has been a much more collaborative process, consciously focussing on issues in the outside world and finding points of empathy with other people’s stories.

Recorded with Jake Bright at Bristol’s Christchurch Studios (known for sessions with Van Morrison, PJ Harvey, Butch Vig and Massive Attack), and mastered at Invada Studios with James Trevascus, Faulty At Source takes a full throttle look at the current political and social climate in the UK. The songwriting expresses disillusionment with capitalism, climate denial and the UK’s inability to take responsibility for its colonial past. The album also touches on the topics of polyamory and the burden of toxic masculinity.

Alongside the album, My Octopus Mind have released a music video for ‘The Greatest Escape’, the album’s second single. Commenting on the track, lyricist Liam O’Connell states: “We found ourselves playing with minimalist textures in what feels like a new musical direction for us. Lyricly it takes a look at the patriarchy, where “strong men don’t cry”, instead we suppress emotions and vulnerability. I find myself yearning to step out of this paradigm, to become free to express the softness and vulnerabilities, that could be “the greatest escape on Earth”.


Faulty At Source is due for release November 20th and will be available on CD, Vinyl and all major platforms.