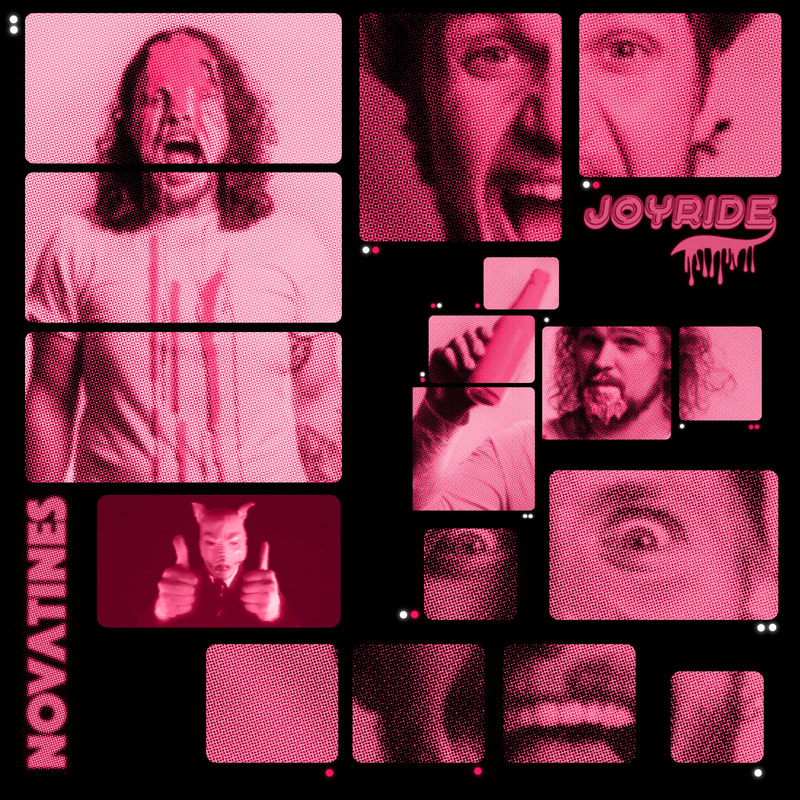 Formed in the winter of 2017, the band immediately made a name for themselves on the UK circuit with their anthemic, high-octane rock songs, which saw them receiving multiple full page spread features in Classic Rock Magazine, Planet Rock and Guitar Magazine and tour extensively throughout the UK and Europe on both headline and support tours, playing alongside the likes of Alabama 3, Arcane Roots, Von Hertzen Brothers and Sweet.

Novatines’ sound is a rebirth of classic British rock with influences from 90s American alternative rock and grunge. Mixing the rasp of Frank Carter & The Rattlesnakes with the frenetic energy of Wolfmother, the group have been hotly tipped by Louder Than War as one of the ‘hottest new UK guitar bands’.

Joyride is a declaration of war in sonic form, blazing with high octane guitars and adrenaline fueled drums, beaten into a mountain of sawdust. Joyride captures the frustration, distrust and the jaded spirit of every generation who has felt the boot of the ruling class rest upon their neck.

Produced by the band at Factory Studios in Bristol, Joyride is about “the sheer corruption, greed and contempt that the ruling elite has over the world. We live in a reality where billion dollar companies are literally setting fire to the planet for short term gain, while politicians skirt around the bigger picture in order to increase the digits in their bank accounts. So many of us idly stand by and watch these horrors unfold time and time again, as if the destruction of our home is nothing more than a television show, filmed in front of a live audience. Joyride is about waking from the daydream, and standing up on our hind legs and demanding that it is time for real change, because without it, we are nothing”, explains lyricist Jamie Beale.


Joyride is due for release June 25th via SaySomething Records and will be available on all major platforms.

“It’s all about the future, this is Novatines” - BBC Introducing

"Ever wished you could have all the good shit from the 90s and 70s in one neat package? Look this way.” - Classic Rock Magazine

“A statement of intent as bold and as brash as one could hope for, and one that earmarks Novatines as one of the UK’s hottest new guitar bands.”- Louder Than War

“Old school, but I like it!” Steve Lamacq – BBC Radio 6 Music