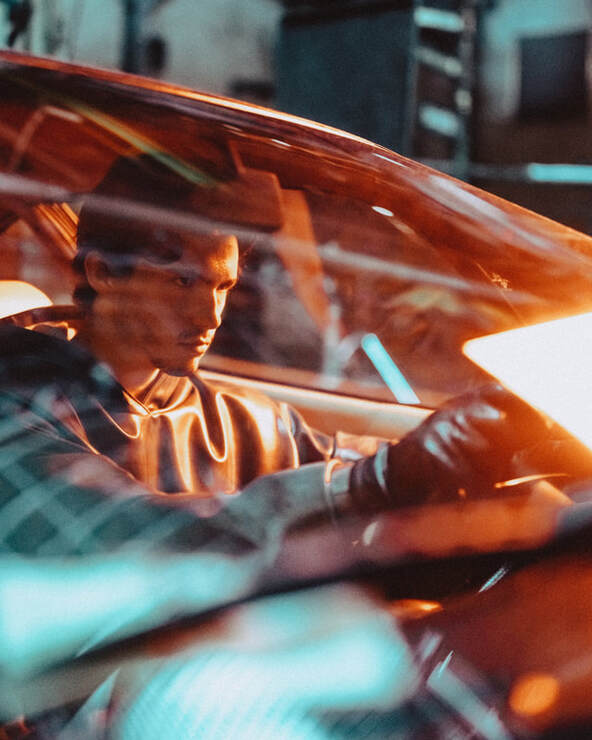 French producer, composer, and songwriter Petit Biscuit has announced his forthcoming Parachute LP-out October 30th via Écurie. The project finds Petit Biscuit coming into his own as an introspective lyricist with explorations of love, war, and death alongside his self-assured step into the vocal spotlight. Parachute features nine tracks including the recently released “Drivin Thru The Night” that chart his progression from teen wunderkind to undeniable auteur. Petit Biscuit explains, “Parachute is a much more personal record than Presence. In the years since Presence came out, I’ve seen a lot of new places and met a lot of new people, which has opened up my mind to new ideas. Before I started writing this album, I wasn’t confident writing lyrics that were super personal and now I’m much more confident bringing my own perspective to themes like love and war and death. I’ve always been able to express my emotions through composition, but Parachute is me learning how to express myself through words. Presence was a wild ride and while it was cool to see the world, I really toured for two straight years. I realized afterward that that was too much--I didn’t realize how much pressure I was putting on myself. My medicine in 2019 was taking time away to write this album. I needed to isolate myself to just focus on music and figure out what this album would sound like. That’s why the album is called Parachute--I needed to try new things and take some risks with how I was writing, but I knew that once I figured everything out I’d land safely.” A multi-instrumentalist, songwriter, and producer, Petit Biscuit has converted his classically trained talents into critical acclaim over the course of his career. With a debut album, Presence, that charted worldwide in 2017, he’s also wowed audiences on the live circuit with performances at the likes of Coachella, Lollapalooza, and   HARD, plus his own sold out headline tour dates around the world. 2019 saw the release of single, “We Were Young”, topping 40 million collective streams with a music video featuring gorgeous cinematic shots that track nostalgic dreams of longing and love. Most recently, Petit Biscuit kicked off the summer with I Leave Again, a collaboration with long time friend Shallou. The song and its lyric video captivated fans and tastemakers, speeding to22 million global streams and receiving global support from the likes of triple j, SiriusXM Chill, and Virgin. Other highlights of Petit Biscuit’s career include over1 billion Spotify streams, being awarded best live performer at the NRJ DJ Awards 2018, a primetime national TV performance on the esteemed French music award ceremony Les Victoires de la Musique 2018, covering Phoenix’s “1901” on triple j’s essential Like A Version series, and international radio support from KCRW to SiriusXM Chill to Triple J.