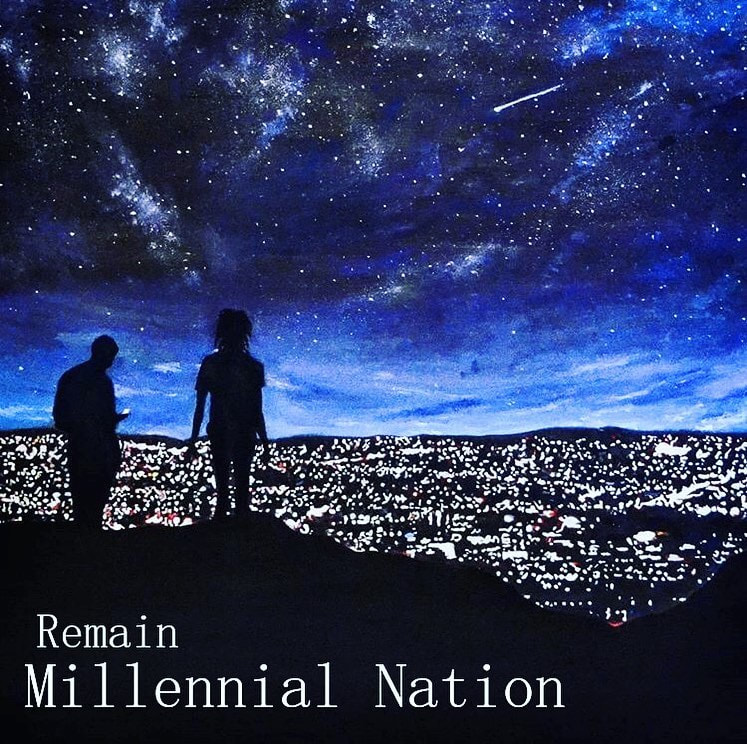 American Rock band Remain released their full-length album Millennial Nation on September 1. The LP follows two singles Remain has released this Summer, “City of July” and “The Heart Beats On,” both of which have given listeners insight into the thematic elements of Millennial Nation as a whole. As young individuals still experiencing the growing pains of coming of age both on the individual and societal level, Remain has created a sanctuary for those experiencing the highs and lows of the journey to where they want to be.

Millennial Nation is an album centered on what it means to be young in America, and in a way, the album is its own coming of age story. The title track “Millennial Nation'' opens with powerful, gritty electric guitar and a driving drum pattern that hints at the journey that is the album. Commenting on the cultural and racial differences among us and the dark history that plagues our nation, the title track reveals hope in the willingness to admit a new day, put in the work to right our wrongs, and move on in the spirit of better days. Each song to follow is a commentary on the journey, the struggle, and the adaptations we all have to make as we navigate the world both personally as individuals, and collectively as a nation.
As an album, Millennial Nation is honest, relatable, and an understandable and valuable project in today’s climate. “This project depicts hope for tomorrow because tomorrow has yet to be lived,” says Remain, “therefore, the future’s wide open. It’s like a book of blank pages waiting for the rest of a story, our story--the story of all Americans--to be written. The album Millennial Nation, we hope, depicts one small chapter in a much grander story.”

Through this album, Remain is taking big strides to foster connection between people and their journeys on the grander scale, because as the band says, “Things seen are temporary, only unseen things will Remain.”