WILD YOUTH
​'Through The Phone' 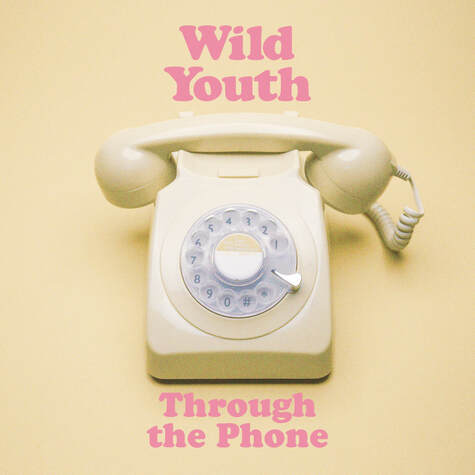 Stream “Through the Phone” 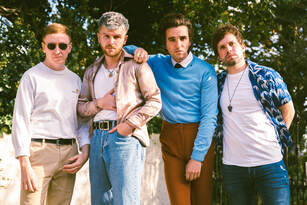 Wild Youth – one of the most exciting indie-pop bands to emerge from Ireland – reveal “Through the Phone”, a tender pop banger demonstrating yet again what the band have become known for over the years.

Opening with melancholic pianos, “Through the Phone” builds to an arena-scaled, anthemic chorus marked by vibrant acoustic guitars and energetic pop sounds – bringing to life the song’s story of trying to stay connected with loved ones despite physical distance, which is sure to resound on a global scale, capturing the profound loneliness brought on by this year’s global quarantine.

Speaking on “Through the Phone”, Wild Youth explained: “This year more than any other, we’ve all felt some form of separation. Through the phone is a song we wrote about that, a song about being away from someone you love. A song about letting them know your love is stronger than ever, and to focus on the good times when you’re together.”

“Through the Phone” is the band’s second single this year following on from September’s well-received “Next to You”; a euphoric 80s-steeped soundscape serving as a bold step towards global domination for the band after making major strides in the Irish pop scene. The kaleidoscopic “Next to You” video received key support from WONDERLAND and huge hype across the blogosphere, alongside a performance slot on RTÉ’s The Late Late Show. Racking up over 650K streams on Spotify alone, “Next to You” also received vital playlist support from Spotify’s New Music Friday UK, The Pop List and New Pop Revolution while also making the cover of New Pop UK and Apple Music’s A-List Pop.

Already making a major impact across streaming services with pop gems like “Can’t Move On” and “Making Me Dance” racking up millions of plays, Wild Youth’s blood-pounding choruses, heart-stompingly gorgeous melodies and deft lyricism have landed them high-profile supports for the likes of Mumford and Sons and Zara Larsson alongside co-signs from Niall Horan and The Script.

Homegrown, humble fun is the main preoccupation of the Irish quartet – comprised of lead vocalist David Whelan, songwriter and multi-instrumentalist Conor O'Donohoe, lead guitarist Ed Porter and drummer Callum McAdam – whose collective self-assured swagger has caught eyes and ears everywhere, as well as critical attention from broadsheets THE INDEPENDENT and THE TELEGRAPH.

Leading a scene of exciting new acts, like all the greats, Wild Youth’s penchant for sonic risk-taking means they are constantly evolving and 2020 is proving to be a huge year for the band.