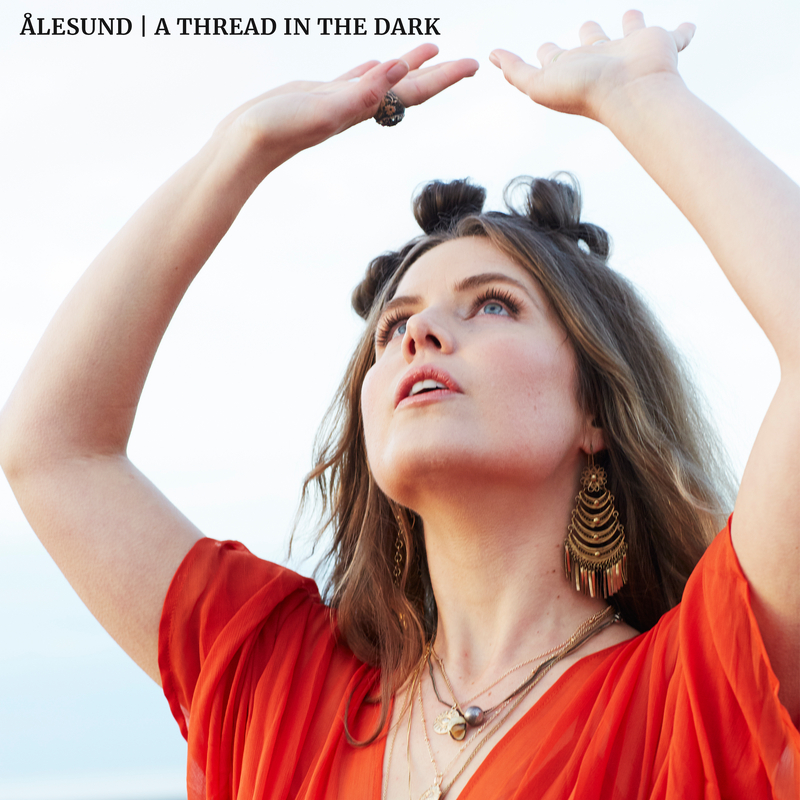 Following up on the 2020 release of their second EP ‘All Hail To Your Queen’, Bristol-based atmospheric Alt-Pop quartet Ålesund return with upcoming EP ‘A Thread In The Dark’, due for release July 9th.

After the untimely curtailing of their European Tour in Spring 2020 due to the COVID-19 outbreak, Ålesund travelled back to the UK feeling uncertain. Although things were going so well with a new offering and an extensive touring and festival schedule to get stuck into, the timing of the unplanned hiatus was less than ideal. Rather than take it to heart, the group’s vocalist and songwriter Alba Torriset retreated to her hometown of Hastings to try and reconnect with music in a positive way.

“With all the negativity in the world, I wanted to create something uplifting and optimistic,” she says, and so the four track EP ‘A Thread In The Dark’ was created. Alba and guitarist Lloyd Starr started to put together demos with a euphoric and festival-tinged edge. They then engaged with long term collaborator and producer Jake Bright to help build the record.

This is the first time that a batch of songs have been created in this way for the band. Due to the inability to all be in the same room, Alba tried her hand at Logic and demoed her ideas to send to the others. She went back to basics creating rhythm and texture by layering up clapping and even using wooden spoons to get the percussive sounds she was after. She also layered up lots of backing vocals to flesh out her ideas. These all became features within the record and the rest of the band liked how the lockdown restrictions had actually pushed the sound forward in ways it perhaps wouldn’t have if they had all been able to jam the ideas in the same room.

Throughout the EP Alba’s intoxicating vocals take on totally different auras that interchange based on the musical landscapes they’re placed against; soaring atmospheric synth-laden soundscapes, shimmering guitars and tantalising grooves.

Lyrically, the songs were inspired by being so still and so quiet in lockdown and being able to hear and see things that would have previously passed you by. “The usual hustle and bustle of life can drown things out, but with everything and everyone stopping, it brought a magnificent clarity. Hearing the birds sing, watching the trees blossom, following the cycles of the full moon. Thinking more about what is real, what is important, human instincts, human interactions, the natural world and how we all work together within it”, states Alba.

Prior to the EP’s release comes their next single Rhythm, due for release July 2nd. “I had read a beautiful poem called In A Northern Bay by Arthur Symons, about how life is held together by natural rhythms and it fascinated me. I researched it more and found that the idea was also an ancient Korean concept of how the earth came to be. It's called YullYeo and it literally means "The rhythms of the Universe." These ideas inspired the song into existence and it felt incredibly poignant as I was writing it in lockdown. When I was feeling lost, restless or unproductive, I could look to the patterns and rhythms nature is always presenting us, they help us find our place in the world and make us feel more content within it too”, explains lyricist Alba Torriset.


A Thread In The Dark is due for release July 9th and will be available on all major platforms.

Rhythm is due for release July 2nd and will be available on all major platforms.