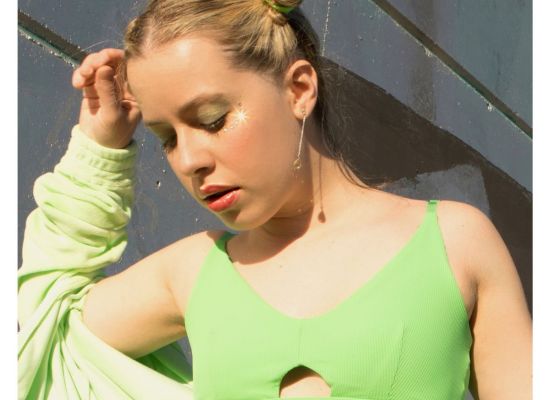 
Regarding the single Alice says, “I wanted to write an uplifting love song, both lyrically and musically… something to get people moving and in a good mood. I kept the lyrics quite simple, like I wish love was! ‘Open Up’ is about finding someone who feels like home, someone you can truly be yourself around. A safe haven, after all the broken hearts and disappointments.”

‘Open Up’ is the third single from Alice Pisano in 2021 and follows the release of the tender ballad ‘Seventeen’ and the upbeat pop track ‘Crush’. Released independently, the tracks received huge support from Spotify, with ‘Crush’ featuring in 10 New Music Friday playlists across the world including Global, while also achieving support from the likes of Clash, Amazing Radio and more. Both tracks charted in the iTunes Pop Chart.

Alice made a bright entrance to the scene with her debut EP Celebrate Life in 2019. The title track was a tearaway hit achieving over 3.6 million streams on Spotify and receiving great radio support from BBC Introducing alongside spins on the national Dutch Radio NPO Radio 2.

The new songs from Alice Pisano in 2021 prove the captivating diversity of the fast rising artist. Her emotive vocals and strong pop songwriting lead the charge whether she is performing an intimate ballad or an upbeat anthem and the new songs prove to be an exciting taste of her wide-ranging abilities set to continue to make waves this year