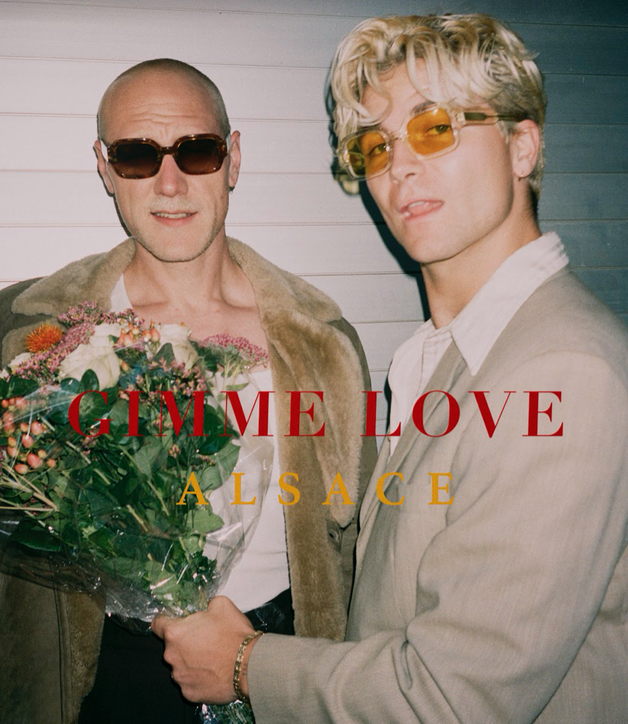 Danish duo ALSACE return to the new music scene to unveil ‘Gimme Love’ – the first single and teaser from their forthcoming debut album.

With an addictive 70’s pop nostalgia, ‘Gimme Love’ weaves seductive basslines with warming synths, finessed with the smooth vocals of Kristoffer Juul as the final superb touch. A sleek, modern disco track, ‘Gimme Love’ explores the euphoric highs of meeting someone new and the thrills of those dreamy relationship early days.

Speaking on the track, ALSACE (Kristoffer Juul and Emil Lyngdorf Steffensen) said “’Gimme Love’ is a song about meeting someone new and amazing. Someone who takes you places you’ve never been before, places inside yourself that you could never imagine existed. At first it seems frightening and intimidating but every fibre in your body drags you towards it and there’s no way you cannot tag along - the ‘what if’s’ are simply too exciting.”

‘Gimme Love’ follows on from the energetic grooves of ‘Air France’ which rounded up over 200,000 streams on Spotify alone. Crafting a slew of new releases while sharing studio time with Daniel Lynas (A$AP Rocky, Kanye West) and Grammy-nominated Chris Geringher (Drake, Rihanna), ALSACE look set to excel into mainstream acclaim – destined for further attention and column inches in 2022.

Garnering hundreds-of-thousands of listeners in such early-doors, ALSACE are a sure-fire one to watch in the new year as fans eagerly await their forthcoming debut album.