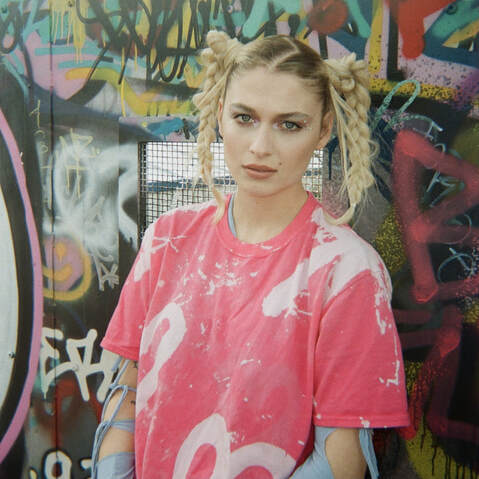 Photo: Sam Hohls
​Baby Queen shares her brand new single ‘Wannabe’ released via Polydor. ‘Wannabe’ marks the beginning of the next chapter in Baby Queen’s ascension to the anti-pop throne, following the release of her debut mixtape The Yearbook in September.

Baby Queen aka South African-born, London-adoptee Bella Latham describes “Wannabe” as “the underdog’s anthem”. She elaborates, “It’s a song I wrote about the way other people have perceived me throughout my life. I feel like I’ve always had something to prove to other people and I’ve always been trying to fit into an ideal of who I should be and how I should behave. That changed when I became Baby Queen. I found a place I belonged and people who fully accepted me for who I am. By the standards of the people I grew up with, or used to try so hard be friends with, I might be weird or crazy or “the girl who kisses other girls” or a total wannabe, but by the standards of my people, I am great just the way I am. The song is an invitation to accept yourself and embrace the labels that are given to you by small minded, boring people. If this is what it means to be a loser, then I hope I’ll be a loser for the rest of my life.”

Baby Queen is a deeply personal project for 23-year-old Bella, a musical persona that was born out of feeling like a misfit as she tried to fit into London life following her move here five years ago. Signing to Polydor last year, a series of acclaimed releases including an EP and a mixtape have cemented her status as a global popstar in waiting.
Baby Queen performed throughout the summer at festivals including Reading & Leeds and played 3 headline shows at Omeara in November – all of which sold out straight away.
FOLLOW BABY QUEEN:
INSTAGRAM // TIKTOK // FACEBOOK // TWITTER // YOUTUBE