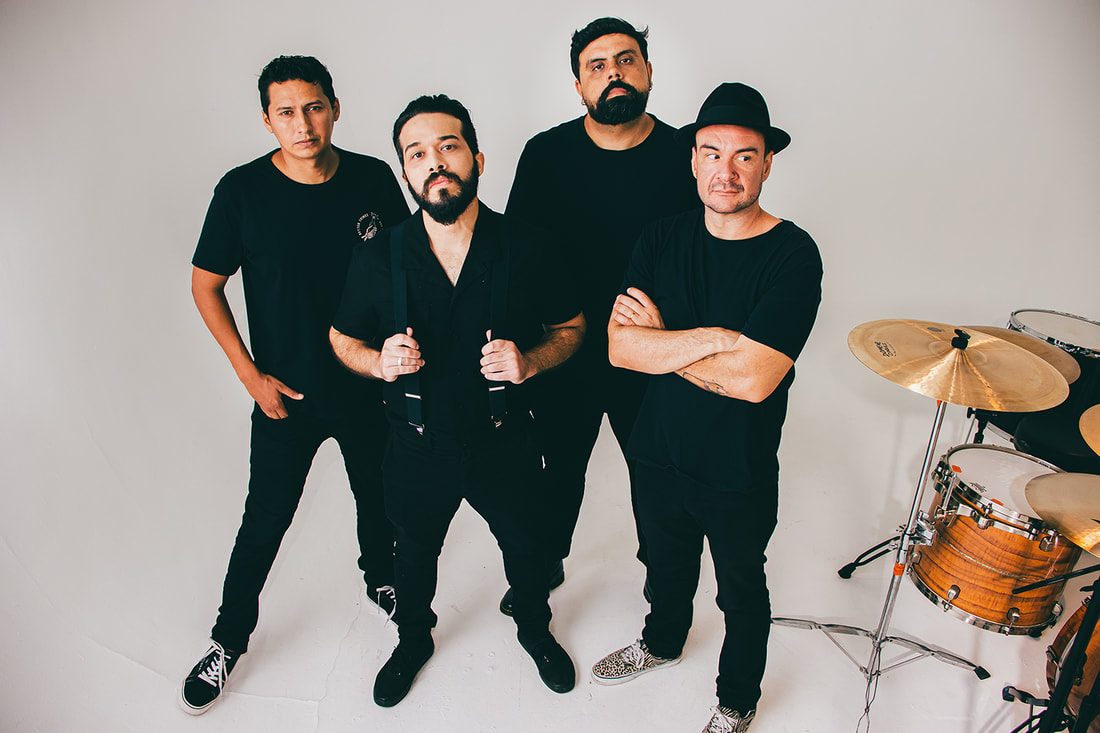 Sum 41, Against Me, Face to Face, Hellacopters... These are some of the bands Brazilian quartet Backdrop Falls has opened for throughout their six-year career and that gives away a pretty good overview of what they are all about. Catchy choruses you can sing along to, thick alt-rock riffs and dead honest pop punk and punk rock sensibilities are a few of the band's biggest assets and their new single "Mona Lisa" showcases just that. Perfect fit for your "Rock This" or "All New Punk" playlists.

The song is part of the band's new album release "Fairytales and Fireworks" which will be released in the second half of 2022.

The quartet was formed in 2016 in the coastal city of Fortaleza, Brazil, after being conceived and created by vocalist/guitarist/composer Matheus Collyer. Starting out as a studio project, they became a full band shortly after the release of their first EP, as they began touring their hometown, taking their first steps and opening for bigger bands on the national scene.

Formed by Collyer (guitar/vocals), Rafael Neutral (guitar), Roger Capone (drums) and Marcelino Oliveira (bass), the band released their first full length in May 2019, entitled "There's no such place as home", which was distributed worldwide through 10 different labels.