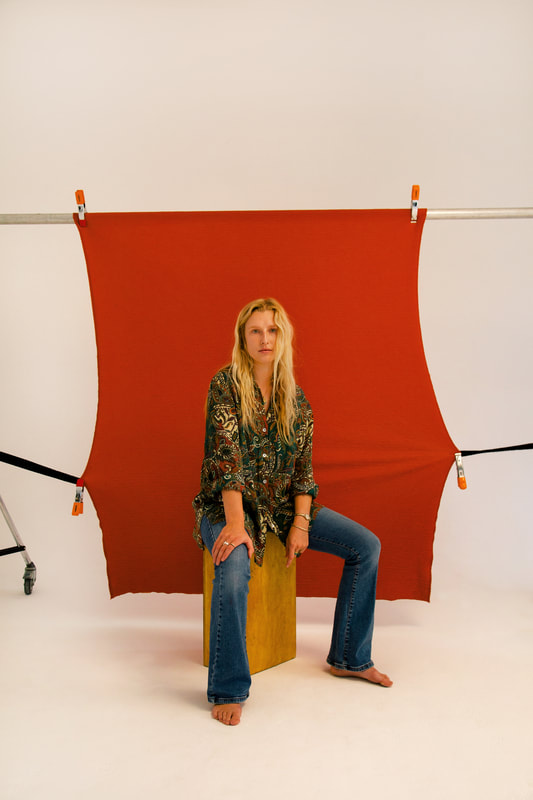 Billie Marten has shared her new single and video ‘Liquid Love’, taken from her critically acclaimed third album Flora Fauna - out now on Fiction Records. Lavished with praise by the likes of CLASH (9/10) and The Line Of Best Fit, Uncut, NME, Dork, The Independent, Gigwise (all 4* reviews) as well as The Sunday Times Culture and DIY, Flora Fauna also landed multiple radio playlists at national broadcasters BBC Radio 1 (twice Hottest Record in the World for ‘Creature Of Mine’ and ‘Human Replacement’), BBC 6 Music (including a string of A List records) and Radio X.

Marten will embark on a UK tour from 16 September, which includes a date at London’s EartH on 30 Sep. Tickets are available HERE.

To coincide with the single’s release, Marten has also shared the music video for ‘Liquid Love’ which is another collaboration with the director of ‘Creature Of Mine’ and also ‘Human Replacement’s evocative video, Joe Wheatley. Marten explains: “This is my favourite of the Joe Wheatley visual trio. Initially I wanted the video to match the swirling, translucent watery-ness of Liquid Love, something meandering and dreamlike. I’d pictured blues and pinks, ripples, skin, wet hair and a visceral picture of real life. In the end I think we (me and Joe) managed just that, through the sheer power of simplicity and understatement. It paints a natural tranquility, using the tokens of community, friendship, family, love and warmth. All those things I was craving and pining for at the time of writing. It feels incredibly real to me as the song does too, and we weren’t acting, we were living.”

Built on the minimalist acoustic folk foundations she made a name for herself with, Marten’s third album Flora Fauna is a more mature, embodied album fostered around a strong backbone of bass and rhythm. Shedding the timidity of previous work in favour of a more urgent sound, the songs mark a period of personal independence for Marten as she learned to nurture herself and break free from toxic relationships - and a big part of that was returning to nature. “I wasn’t really treating myself very well, it was a bit of a disruptive time. All these songs are about getting myself out of that hole - they’re quite strong affirmations. The name Flora Fauna is like a green bath for my eyes. If the album was a painting, it would look like flora and fauna - it encompasses every organism, every corner of Earth, and a feeling of total abundance.”

“Billie Marten is stepping further into the spotlight and is spreading her wings wider than ever before...”
The Line Of Best Fit 4*

“‘Human Replacement’, inspired by the fear associated with walking home at night, channels Billie Eilish in its rhythmic menace”
Uncut 4*

“Songwriting that blooms with confidence and clarity [...] it’s her most mature, vivid work yet - and would be impressive from an artist of any age”
NME 4*

“a new record that packs a punch.”
The Independent 4*

“[Flora Fauna] is the sound of an artist solidifying herself, her identity, and keenly gazing towards the future”
Gigwise 4*

“Three albums in by 21, Marten has added muscle to her mesmerising, minimal music”
The Sunday Times Culture

“the sound of a measured spreading of Billie Marten's wings [...] there's more to come”
DIY