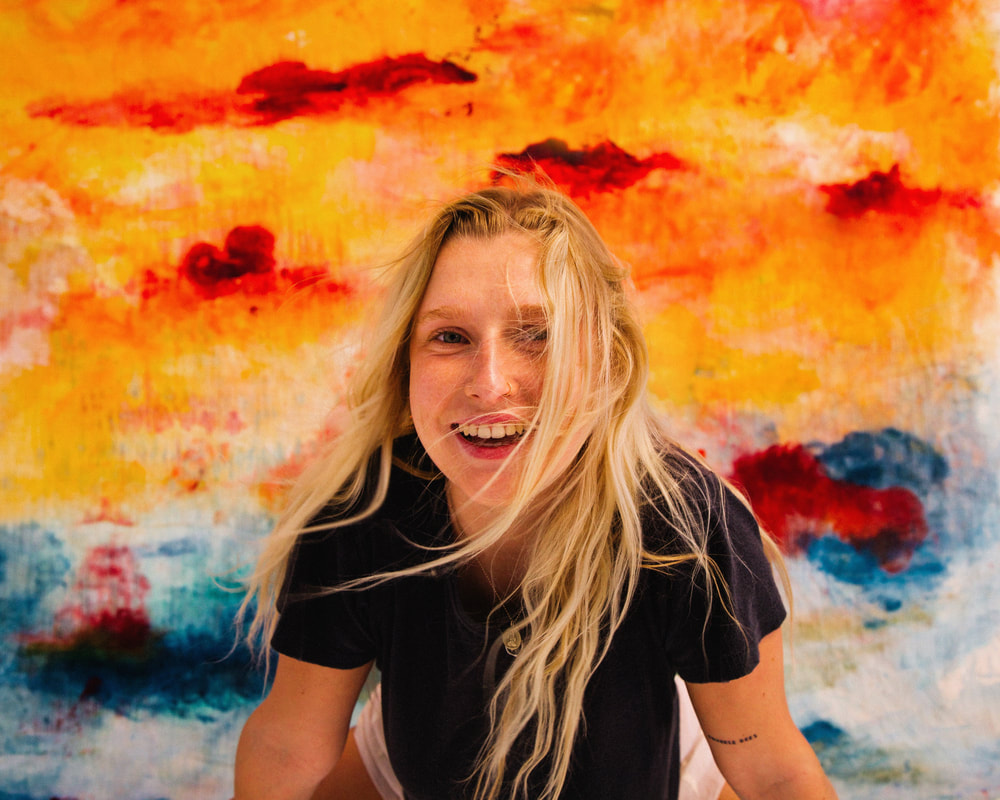 
“Marten places herself in the company of Nick Drake, John Martyn, Kate Bush and Joni Mitchell - not just stylistically, but in terms of emotional pull she can apply with just a few piano chords and some half heard vocals” - Sunday Times Culture

“A gentle and reserved masterpiece” - The Line Of Best Fit

“A striking sensory experience. All signs point towards a colourful future for this talented teen” - DIY

“Marten fashions her own world of fragile darkness” - Evening Standard

“...talent beyond measure and a wisdom well beyond her tender years” - Wonderland

Listen to ‘Garden Of Eden’ HERE

Billie Marten has today shared her sublime new single ‘Garden Of Eden’, and announced her third album Flora Fauna - out May 21 on new label home Fiction Records. To coincide with the single release, her first since 2019, Billie has also shared the music video for ‘Garden Of Eden’ which was created with Lydia Poole. Raised in the rolling hills of North Yorkshire on artists such as Nick Drake, Joni Mitchell, Joan Armatrading, and Kate Bush, Marten’s critically acclaimed debut album Writing of Blues and Yellows, was released in 2016 when she was still just 17, while its follow-up Feeding Seahorses By Hand was similarly lauded in 2019. Pre-order Flora Fauna on all formats HERE.

Recorded with Rich Cooper in London, Marten’s new material blends those signature hushed, resonant vocals with a rapid pulse and rich instrumentation, her inspirations now stretching from krautrockers Can, to Broadcast, Arthur Russell, and Fiona Apple. Of ‘Garden Of Eden’, Marten explains: “It’s a song of growth, and competition to evolve as individuals in an increasingly suffocating and vacuous society. I liked the idea of humans growing up like tomatoes in the greenhouse, needing water and oxygen and space, but not getting any of it. The idea of seeking the natural elements and needing only that to survive plays into my constant dichotomy of living urban or bucolic. The choruses act as a burst of relief to allow space to breathe and to express that want of living right. This was one of the first pivotal songs for me as the general sentiment breeds happiness and optimism, which is something I wasn’t particularly familiar with thus far.”

Built on the minimalist acoustic folk foundations she made a name for herself with, Marten’s upcoming third album Flora Fauna is a more mature, embodied album fostered around a strong backbone of bass and rhythm. Shedding the timidity of previous work in favour of a more urgent sound, the songs mark a period of personal independence for Marten as she learned to nurture herself and break free from toxic relationships - and a big part of that was returning to nature. “I wasn’t really treating myself very well, it was a bit of a disruptive time. All these songs are about getting myself out of that hole - they’re quite strong affirmations. The name Flora Fauna is like a green bath for my eyes. If the album was a painting, it would look like flora and fauna - it encompasses every organism, every corner of Earth, and a feeling of total abundance.”

Praised for her emotive power, support throughout Marten’s burgeoning career has rolled in from the likes of Q Magazine, Uncut, Stereogum, Dork, DIY, NYLON, Clash, and Wonderland as well as garnering national praise from Sunday Times Culture, Evening Standard and The Independent. Alongside her nomination for the BBC Sound of 2016, Marten has continued to receive rapturous radio support from Annie Mac, Huw Stephens, Phil Taggart and Greg James with multiple playlist adds at BBC Radio 1, airplay from Lauren Laverne and Chris Hawkins at BBC Radio 6 Music, Jo Whiley and Dermot O’Leary on BBC Radio 2, and support and playlist adds from John Kennedy on Radio X.