​KAMMY’S BACK – JUST IN TIME FOR CHRISTMAS! 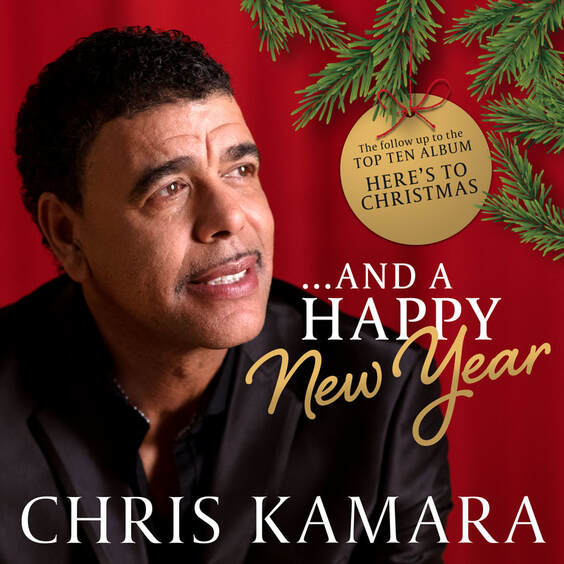 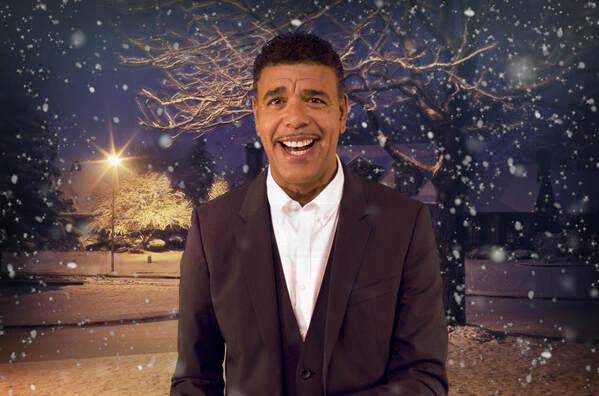 He was one of the surprise contenders for the Christmas charts last year and now Chris ‘Kammy’ Kamara is ready to go again.

The beloved Sky Sports reporter’s festive album ‘Here’s To Christmas’ was that rare thing, a genuinely worthwhile record being made by someone from outside of the music industry.  Backed by a 23-piece big band, Kammy delivered a collection of swinging seasonal classics that was impossible not to be carried away by and finished up at Number Eight in the UK album charts.

As much as he loved every moment of it, Chris was fully expecting to hang up his lounge suit and microphone at the end of it all, but before he knew it, plans were being made for a follow-up, the brilliant ‘...And A Happy New Year’.

It’s another collection of timeless festive gems, from ‘White Christmas’, ‘In The Bleak Midwinter’, and ‘Blue Christmas’, to a swing cover of Wizard’s classic ‘I Wish It Could Be Christmas Everyday’ that has to be heard to be believed.

For Kammy, it’s something he couldn’t be happier doing and something he hopes will put a much-needed smile on people’s faces this Christmas time.

He said: “I had a wonderful experience the last time, but I thought that would have been it. It was so well-received and to have a Top Ten album, to coin a phrase, was unbelievable. My label Silver Screen Records had other ideas, though. They told me they were planning a 21-date tour for November and December, which sadly got cancelled due to COVID. They had also planned a second album to go with it, so thankfully even though the tour couldn’t happen, we are still going ahead with the album itself.

There are so many amazing songs on it, but I leave the actual decisions on what went on to the experts. When they said I was going to have a go at I Wish It Could Be Christmas Every Day, I did get a bit nervous, I must admit. It’s such a beloved song, I was worried what people were going to think about me covering it. Having heard it through, it’s not like the original at all, which is the only way you can do something like that, I think. Nobody can sing it better than the original artists, so you can’t just copy them. I’ve never liked it when people do that. The lyrics are still the same, but it’s been rearranged into something new and it’s bang on. We’ve changed it into a swing song and out of all the tracks on the album, that’s easily my
favourite. From the minute I heard it, I fell in love with it.

Also, I have to say that the two original songs on the album, Dear Mr. Claus and Happy New Year, are both absolutely brilliant. Richard Scott and Kelvin Andrews have done such a great job with them. They really are absolutely fantastic, and I hope people love them as much as I do.”

Just as he did last time around, Kammy loved the whole experience of putting the album together, but the necessary restrictions in place due to the COVID-19 pandemic did mean a change in how they did it.

He said: “The one disappointment is that, as last year was such a wonderful experience with the big band, it’s a shame we never got to do that again. I had a 23-piece band with a conductor, which is something a lot of established singers don’t get to experience working with, so I was incredibly grateful to have it, as it’s the stuff that dreams are made of.

Unfortunately, this time around, each section understandably had to record on different days for safety reasons, so the brass was on one day, the rhythm the next and so on. The string section even had to record remotely from Sofia, Bulgaria and I did my own part separately too, so that was a big miss this time around. It’s all been put together brilliantly though, so it sounds wonderful.

It’s devastating for these musicians not to be able to get out and do what they do. The entire band and conductor had all booked the tour in their diaries for November and December, so would have been one big bus going all over the country and forming a real partnership together. That’s like two football teams, one manager and one singer all out on the road with each other. It’s a real shame, but at least each section managed to get back together for the first time in many months to make music together, so that was a bit special. I’m really glad for them they got to do that.”

Kammy never expected his debut album to do quite so well, but he was delighted that it did. He’s not letting the success go to his head though and expecting another hit. He’s just happy that people are liking what he’s doing and enjoying each moment as it comes.

He said: “I still can’t quite believe how well the first album did, to be honest. As well as the main charts, we were five weeks at Number One in the Jazz Charts. I know people might say that the jazz world isn’t massive, and it isn’t, but it was such a privilege and an honour for me to have achieved that. It was all such a great experience, so I’m never going to get carried away with it. I love doing these things, but I’m tongue-in-cheek with it at the same time, like joking about being in competition with people like Michael Buble and so on. I’m just trying to have a bit of fun and hoping that people like what we’re putting out.”

No matter how well the new album does, Kammy has no plans to give up the day job. As one of the most well-known and well-liked faces on Sky Sports’ Gillette Soccer Saturday and Goals On Sunday, he’s doing something he loves, even if it’s a whole new ballgame in 2020.

He said: “It’s been 22 years I’ve been doing it and I love it dearly. Obviously COVID has changed everything though, including the game itself, so understandably it’s also affecting football coverage. Goals On Sunday was dropped because of it back in March and it still hasn’t come back with the new season as there’s not enough Premier League games on a Saturday to justify a show on a Sunday morning, which is disappointing and sad. It’s the absence of fans that’s the real sad thing, though.

I’m going to the games on a Saturday for Sky and you can see that clubs could easily police it with their stewards and the right systems in place. We could get 33% of fans in any stadium, all socially distanced.

Get them in one way, out via another. If they can do it indoors at the London Palladium, why can’t they do it outdoors at a football game? It just seems bonkers to me.

I do understand that it’s football at a time when society is closing down and people are losing their jobs, so I fully appreciate safety and health is paramount, but there must be a way to do it. I really hope they work it out soon. There are still some great games being played though. As few and far between as they are, they are still there, but football really misses the fans. There’s no doubt about that.”

As well as hoping to see fans back at football stadiums, Kammy has his own more personal hopes for the future.

He said: “Obviously the 21-date tour was cancelled, but if the new album is successful, who knows? Maybe we can get to do it next year when it’s safe for everyone to come and see it? The dream of all dreams is to sing at the Royal Albert Hall, which was on the agenda at some point, but just to get out and do a tour with the band, to play in front of people and hopefully put a smile on their faces? I’d truly love that. Wouldn’t that just be unbelievable?”