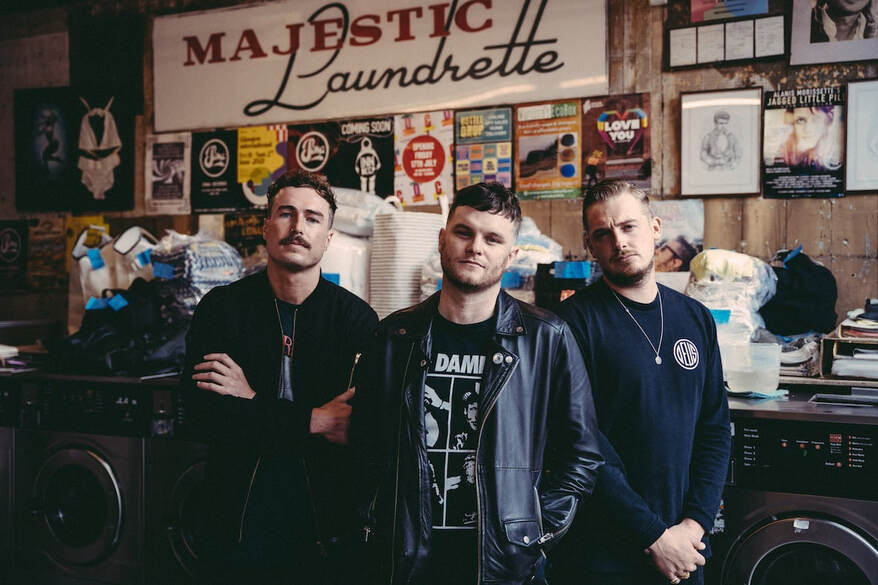 Aberdeen’s Cold Years have today returned with storming new single, ‘Headstone’, a song that finds the trio returning with a new found dynamism, regaling vocalist Ross Gordon’s years of debauchery and all that comes with it.

Speaking of the song, Gordon shares, “I really had a tough time of it a while back, and I was partying too hard. This song really opens that up and exposes the vulnerability that comes with growing up. It kind of peaks and troughs between the highs of being up, and the lows that come crashing into you the next day, and the guilt associated with that. It’s like – if I keep doing this, I’ll die. I’ll die too young, and I don’t want that to happen. So, I need to get my head in the game and calm down.”

The accompanying clip (below) is “super high energy, verging on total loss of control. We wanted a music video to match. It’s also the first part in a trilogy based around adolescent growth and the pitfalls that surround it.”

‘Headstone’ is the first new material from the band since the release of their debut album, ‘Paradise’ (Sept 2020), a sarcastic snarl aimed at the band’s remote hometown – that burst from the speakers with a ‘clear eyes, full hearts, can’t lose’ spirit. Echoing the infamous despairing “it’s shite being Scottish” rant made by protagonist Renton in Irvine Welsh’s 1993 novel, Trainspotting, the near-nihilistic take on the town where Gordon was born went further still, almost three decades and a generation later.

The album saw support from the likes of BBC Radio 1, SPIN, Rock Sound, Upset, Alt Press, NPR, American Songwriter, as well as Kerrang! who listed the album in their Top 50 of 2020.