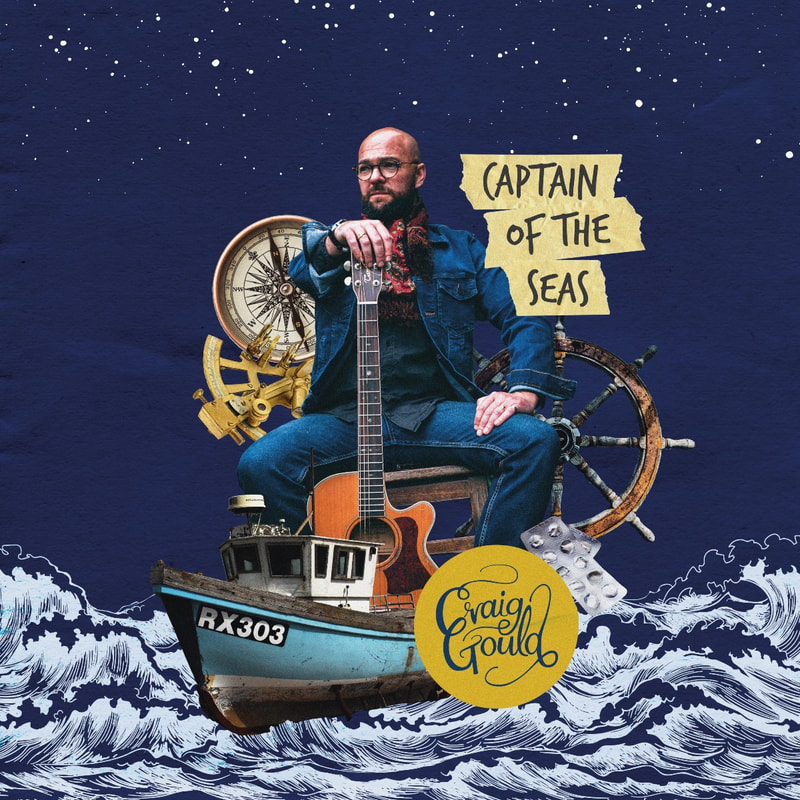 Taken from his debut album set for release in Spring 2022, Craig Gould introduces his second single release - a song that's as equal in beauty as it is in heartbreak - the compelling folk narrative "Captain of the Seas"

"It was just after lunch. I called my wife, telling her something wasn't right. My heart was beating out of my chest. I didn't know what was happening. I was scared. I told her I was coming home, said goodbye, and made my way to get the train. I was meant to head to an important work trip, and being a proud man holding a senior management role, I didn't want to let anyone down; I thought a good night's sleep would sort me out and I'd be back at work tomorrow. As I got to the platform I started to feel like I was on fire. I felt heat travelling up me like never before. I pulled my coat off, but it made no difference. Sweat was pouring out of me and I felt like I was burning alive. I began to panic. I needed help. I began to look around for someone, anyone, then it started to go blurry and dark, darker and darker. I was terrified. The next thing I remember was asking myself why it was so cold. Had my wife turned the heating off? It felt so cold in bed? I wasn't in bed. I was on Platform 9 of Birmingham New St, covered in blood, with rail staff and paramedics around me trying to keep me conscious..."

That was in November of 2016. Craig collapsed and hit his head off a concrete platform. He was admitted to hospital, with checks revealing that despite a heavy blow to his skull, he hadn't sustained any damage, or had a stroke as was first suspected. He was discharged from hospital that same day, only later being diagnosed with a severe mental breakdown due to stress and exhaustion. Burnout, followed by depression, crippling anxiety and PTSD. It took Craig years to get better, and he has always maintained that he only got through those darkest of days because of the family and friends he had supporting him.

Not all people have that support, and they are the ones who are not so fortunate to pull through. Craig knew how close he had been to the other side. It was this stark truth that inspired Craig to begin his project, and what leads us to his second single - "Captain of the Seas" - which is being released 5 years to the month of Craig's hospital admission.
"I wanted to turn the anniversary date into a date to celebrate what we're trying to do and how far we've come. We can show people that you can get through those times, but we need to look out for ourselves AND each other"

Featured Artists on the song include:

All of the profits from this release will be donated to CALM - Campaign Against Living Miserably, a charity that Craig is very proud to be working in partnership with. The song will be available in digital format for streaming and purchase from all reputable online music sources now.
Artwork by kevinbishop.com