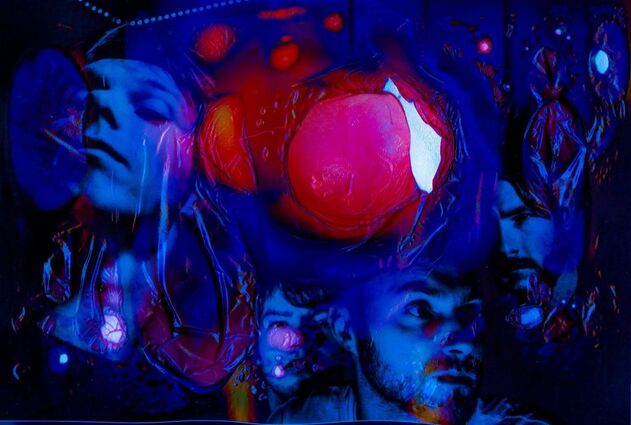 ​Following up on their recent single 'The Fineprint', Welsh noise-rock supergroup Death Cult Electric are set to release their second single of 2021 'Snakes And Their Children' today via Black Maraca Records.

With a handful of successful singles under their belt since their formation in 2019, the four-piece have received critical acclaim from the likes of BBC Radio 1, Kerrang! Radio, Radio X and Louder Than War. Fronted by Steffan Pringle formerly of Estrons, Pringle enlisted fellow Estrons live member Craig Shankland on bass, Thomas Beedim on guitar and then completed the lineup with Alec Rees on drums.

Self-produced, mixed and mastered by the band's frontman Steffan Pringle, best known for his work with Boy Azooga, Himalayas, Adwaith and his former band Estrons, 'Snakes And Their Children' is "a bouncy feel good pop number celebrating the endless lineage of transparently incompetent overlords who remind us of our position in a crumbling society. Our music is about forgetting everything you've known before and moving forward," explains Steffan.

With their own unmistakable brand of dystopian noise-rock, the explosive, adrenaline-fuelled track is a full throttle musical assault, bursting with a barrage of blown-out blazing guitar tones, candid lyrics, ferocious vocals, pounding drums and distorted riffs, all of which grab you by the throat and don't let go until you turn blue.
​
Alongside the single the band will be releasing a frantic, post apocalyptic music video on the 29th, filmed and edited by the band themselves. Using complex and dystopian images inspired by 90s horror movies and 80s music videos; the resulting sensory overload feels Black Mirror-esque and well worthy of anything David Lynch shot at his most unhinged.