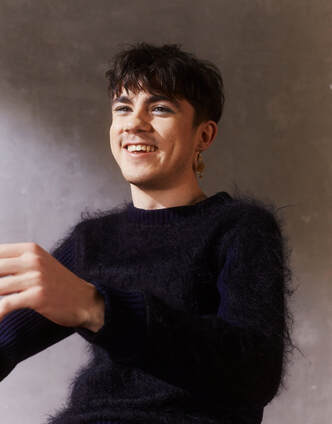 Declan McKenna is very pleased to share details of his second album, released in the Spring.

Zeros is released through Columbia Records. It was recorded out in Nashville, produced by Jay Joyce and mixed by Spike Stent. It follows 2017’s critically acclaimed debut album, ‘What Do You Think About The Car?’ (which helped propel Declan to an eye-watering 230 million streams and 200,000 album sales), and introduced a talented teenager with an ear for a melody and a head full of questions. Questions not just for our highest members of state, but also questions for each and every one of us. Questions that Declan’s whip-smart generation were all baying for the responses to.

Zeros is a record that instantly sounds bigger and bolder, and infinitely wiser. Declan might not have received all those answers he had once sought, but he’s moved on and around them, laterally speaking. The world we find ourselves in is often considered hyper-surreal, almost dystopian in its ridiculousness, and that’s the one Declan chose to focus on throughout Zeros. It’s not stuck in the moment but inhabiting a future with the emphasis on the absurd. Otherworldly. Unreal. A reflection on our culture through a warped carnival mirror.

Zeros is introduced today with the sky-scraping hallucination of Beautiful Faces. Watch the video for it here, directed by Will Hooper (Idles, Slaves, Marika Hackman).

A brave new anthem for a doomed youth, the song is about young people in the modern world and how intimidating it can be. How scary it is to see so much and feel as though you’re doing so little “so I wanted it to be a big song... Scary big. It very much relates to now, but I wanted to reimagine social media in this future-sphere where it has become even more immersive so that we cannot see where it ends and we begin.” It’s a song about aesthetic beauty - literal beauty - but also the false power we give to people and relinquish from ourselves. It’s purposefully vague because we project our own anxieties onto it, in the same way that we allow these vapid exchanges with one another to metamorphosise into monsters that don’t actually exist, but to us they actually do.

An entire generation has been born into a world where there seem to be multiple realities: social media, fake news, post-truth. But another reason for this alienation comes from the helplessness felt being born into a mess they did not create. The unshakeable confidence and boldness of Declan’s voice and the stories he tells allows these songs to truly land; setting the tone for Zeros, a world-building album, and this new world builds just as the world we know ends.

Declan McKenna headlines Islington Assembly Hall on the 12th February in association with the BRIT Awards and War Child. The show, ticketed by donation via a poll, is long since sold out. He precedes it with two warm-up shows in Ramsgate and Guildford.