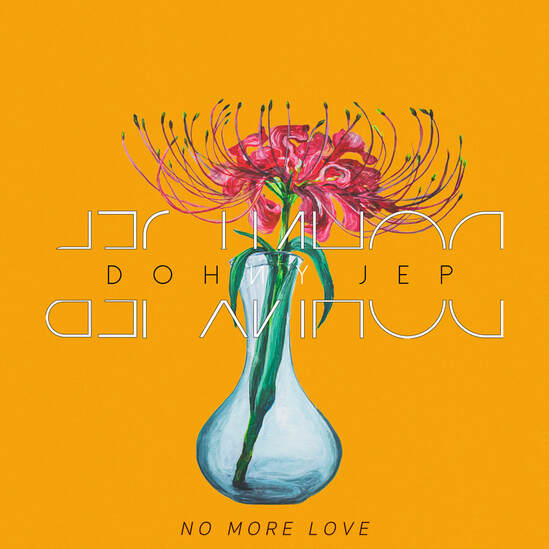 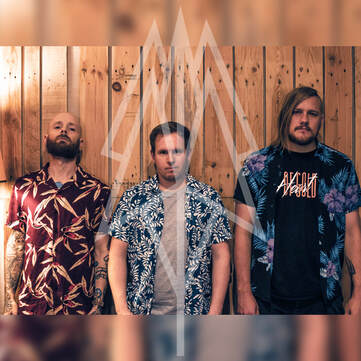 Kent-based alternative-rock three-piece Dohny Jep began as a duo in early 2019, with Stuart and Pete deciding to create something unlike anything either of them had done before in previous bands and projects. With their unique video concepts and mesh of pop-synth melodies and rock guitars, they did just that.  Fast forward one year and with an additional member in tow, the group self-released their much celebrated debut album L.U.S.T in July 2020.

After playing just one show together as a band, they had tours planned throughout 2020 to coincide with the release of their debut album, but as the Coronavirus put a halt to any plans of playing their new material live, they headed back to the studio to record more new music.

Following up on this year’s three previous successful EP releases, ‘Smile, it Might Never Happen’, ‘Shallow Is The Water’ and ‘This Is Love’, comes their fourth and final EP of 2021 ‘No More Love’, due for release November 26th via Favour The Brave Records.

Recorded at their recently-built home studio and produced, mixed and mastered by Rhys May (Bring Me The Horizon, Don Broco, While She Sleeps), No More Love was lyrically inspired by the fear of change and the long, tumultuous journey towards acceptance and moving on.  No More Love sees the band pairing punchy indie rock with subtle electronic flourishes, pop melodies and danceable grooves.

Prior to the release comes the EP’s leading single ‘Dial Up’, due for release November 12th, which explores how the modern age of technology has become the everyday person's main source of success and self-destruction.


No More Love is due for release November 26th 2021 via Favour the Brave Records and will be available on all major platforms.

Leading single Dial Up is due for release November 12th via Favour The Brave Records and will be available on all major platforms.