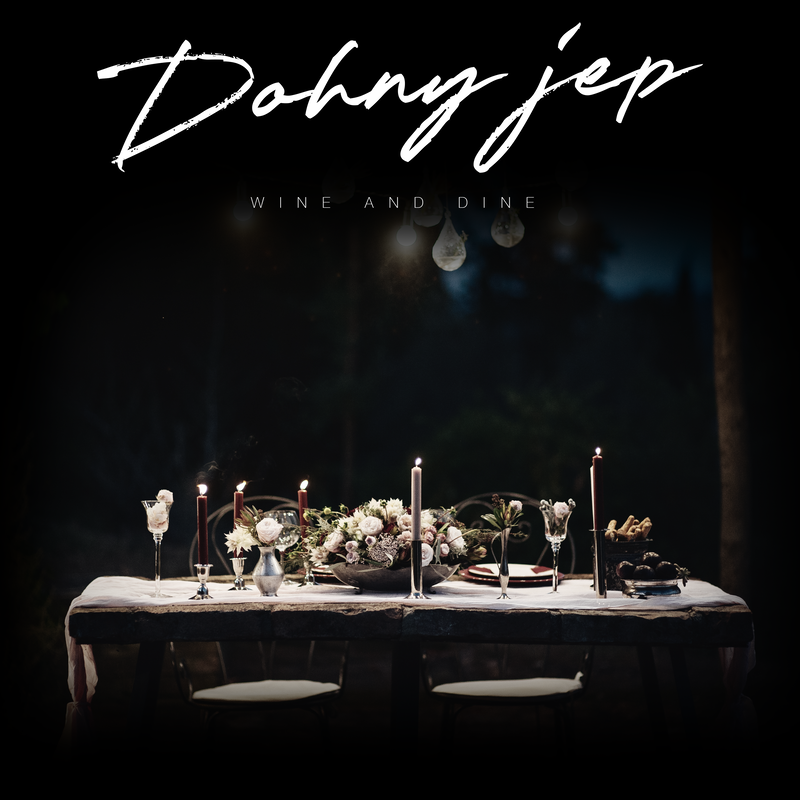 Following up on the 2022 release of their self-titled album, comes ‘Wine and Dine’, the latest single from Kent-based alternative-rock trio Dohny Jep, due for release August 26th.

After forming in 2019 as a core songwriting duo, Dohny Jep self-released their much celebrated debut album L.U.S.T in July 2020, and after playing just one show together as a band, with a third member in tow, the tours they’d had planned throughout the year were put on pause.

They instead self-built a home studio and turned their attention to recording, dedicating themselves to putting out four EP’s throughout the course of 2021, receiving critical acclaim from the likes of Upset Magazine, Emerging Rock Bands Magazine, Headliner Magazine and Amazon Music. These in turn, combined to create their second studio album, self titled in January of 2022.

Following up on this release comes their latest single Wine and Dine, recorded at their home studio and produced, mixed and mastered by Rhys May (Bring Me The Horizon, Don Broco, While She Sleeps). Wine and Dine combines their signature anthemic rock choruses with catchy pop melodies, punchy drums, and electronic flourishes thrown in for good measure.

Speaking about the single, vocalist Pete Herbert states, “Wine and Dine in its purest form is about love. It’s about those first moments of meeting someone new and the adventures that you are about to go on together, but also those first moments of conflict and how you pull together to get through those harder moments.”