Kid Brunswick
Bedford rockers Don Broco kicked off their autumn tour to a sold-out crowd at Newcastle's O2 Academy.
With support from Kid Brunswick and Noisy, they are taking their brand new album 'Amazing Things' on the road to the delight of their loyal fans.

Harry James AKA Kid Brunswick took to the stage and warmed up the crowd with an awesome set, showcasing his XFOREVER album. Rocking the the Newcastle crowd. Kid Brunswick may be a one man show but he certainly has more than enough presence to fill the stage. 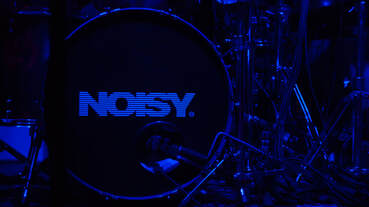 Kid gave way for Noisy, a trio from Worthing with their own unique style which mixes rap, rock and R&B with stunning results.
​
The crowd lapped it up and seemed to love what Noisy was offering. No more so than 'Rock 'n' Roll Raver'. There is no doubt that both Kid Brunswick and Noisy have a great duty ahead of them and are equally deserving of their place on the tour. ​ 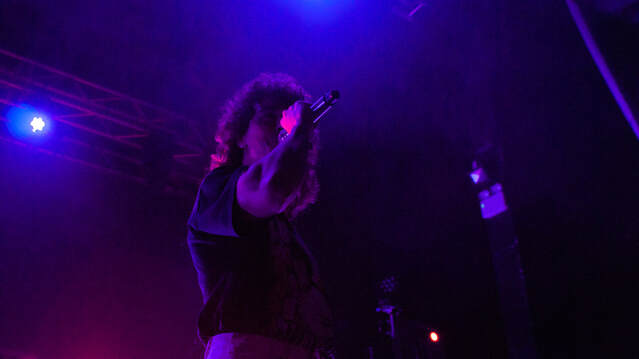 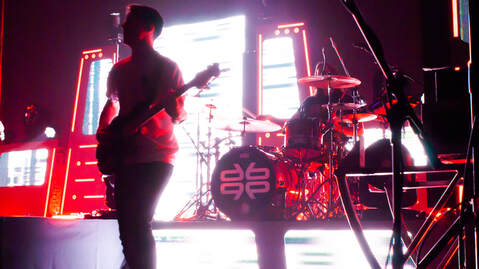 Tom Doyle and Matt Donnelly
With the air suitably tense and the room heating up both physically and metaphorically, Don Broco made their way on stage to a wave of cheers from the crowd.
Kicking off the show with a 'Manchester Super Reds No.1 Fan' and made an instant connection with the audience. With singer Rob Damiani throwing a blow up dinosaur into the crowd.

Mixing their classics like 'Technology' which saw guitarist Simon Delaney putting in a few signature kicks, and 'Pretty' mixed in with their new material, Don Broco put together a setlist with something for everyone, pleasing fans both new and old, and giving an epic performance.

High energy from the get go, the lads kept the crowd engaged and entertained with ease. When it comes to live music, very few bands do it better.
The new tracks hit the spot with the Geordie crowd, 'Uber' and 'Bruce Willis' carving their way into future setlists for sure. In the same way a Maiden show isn't a Maiden show without 'The Trooper', from now on a Don Broco show won't be a Don Broco show without the sound of the crowd shouting "YIPPEE KI-YAY!".

Topping off the show with 'T-Shirt' song. Newcastle was left wanting more.
The band continues their tour in Glasgow before heading on to Manchester and beyond.
Their new album 'Amazing Things' is available to stream wherever you stream your music. Head over to donbroco.com for more info.
Tickets for all of the upcoming shows are available here.