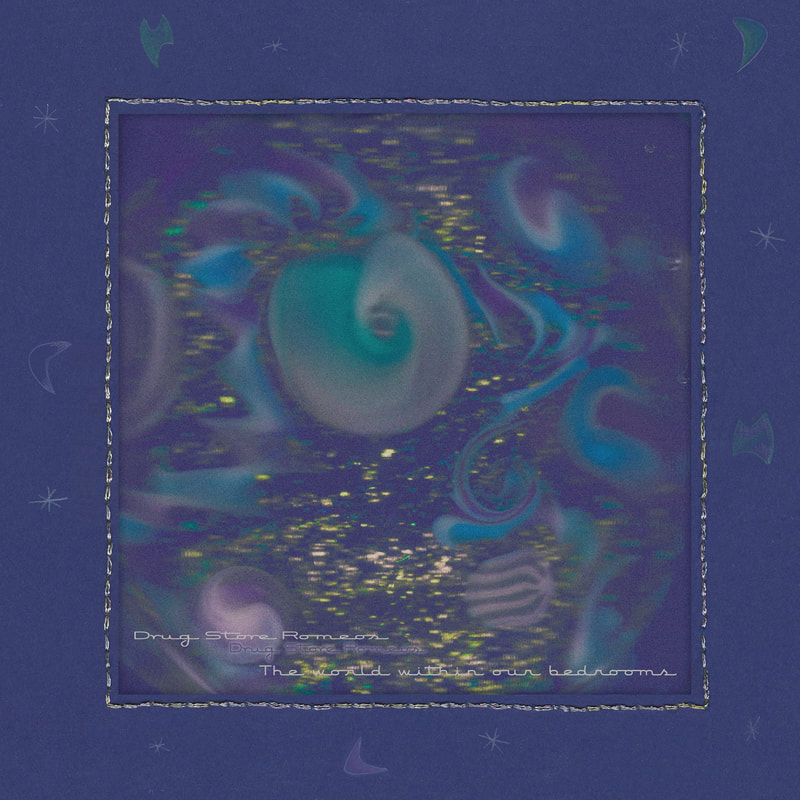 “Drug Store Romeos, a.k.a. British teens Charlie, Jonny, and Sarah, craft intricate and intoxicating indie rock soundscapes that belie their tender years.” The FADER
Listen to ‘What’s On Your Mind’ HERE
Watch the ‘What’s On Your Mind’ video HERE
Hampshire trio Drug Store Romeos have today shared their new single ‘What’s On Your Mind’ and announced their debut album The world within our bedrooms for release on 25 June via Fiction Records - preorder HERE. Today the band were revealed as the next artist tipped in The FADER’s longstanding tastemaker series GEN F. Drug Store Romeos also just announced their biggest headline show to date at London’s Scala on 17 November – pre-sale via the official store HERE. Tickets on general sale, 10am BST 2nd April.
Speaking about the new single, with its accompanying video by Qianhui Yu, the band commented: “The last half of the song is sort of our interpretation of a mental journey through realisations about past situations that send you down rabbit holes of thought that end up linking to other rabbit holes. During this journey you go through positive and negative emotions, but the negative emotions are not inherently bad and can lead to positive change. ‘What’s On Your Mind’ is also about perspective change and was made for listening to at 10pm as you’re settling in for the night.”
Recorded at London’s Eastcote Studios with regular producer George Murphy, The world within our bedrooms is a testament to youth and adventure; an escape from mundanity and proof that art will always open a door for those looking to escape. The band explain: “The album is a journey of emotions and colour schemes. A lot of bands have a consistent emotion across their whole album but we wanted to reflect the ever changing nature of someone’s mental state over a period of time. We always wanted to create our own world, and as a three we have this force field around us.”
With their beloved Stereolab, Broadcast, and Mild High Club acting as guiding lights, the band sought to shake things up and push beyond the walls of their bedroom. Vocalist Sarah scoured vintage magazines for lyrical inspiration - inspired by Dadaist poet Hugo Ball - and hung a print of transcendentalist artist Agnes Pelton’s 1934 piece ‘Orbits’ in the vocal booth. “When I look at that painting it’s where I want my voice to exist,” she says of the work by an artist renowned for her abstract approach to depicting stillness, “I would sing and try to immerse myself in that.”
***
Drug Store Romeos formed at college in nearby Farnborough when childhood friends Jonny and Charlie pinned an ad about finding a bassist for their new band to the school’s notice board - Sarah replied and quickly proved herself a better vocalist than either of them. Sharing affections for Suburban Lawns and Tom Tom Club, Drug Store Romeos cut their teeth playing live at college, Guildford Boiler Room and Aldershot West End Centre, rather than the familiarly trodden paths in London - although they did frequent the city as often as three times a week at one point; carrying all of their equipment back to Fleet by train as none of the band were old enough to drive.
While the band have since moved to London, by the time they came to record The world within our bedrooms, all three members were keen to hold onto that wide-eyed energy for as long as possible. Those 3am walks home from Fleet station, with amps and flight cases slung over their shoulders, would become a rite of passage; the quiet countryside influencing their hushed atmospheric sound and nocturnal leanings, the tight bonds formed back home buoying their hypnotic and delicate blend of dream pop and synth-led explorations.
Having built an identity away from the London music scene in the otherworldly and isolated suburbs of Hampshire, Drug Store Romeos are emerging from their cocoon with a purpose, a direction and a fresh lease of life.
***
See Drug Store Romeos live in 2021:
25 May | Oslo Hackney, London (SOLD OUT)
27 May | YES, Manchester (SOLD OUT)
29 July | SET, London (SOLD OUT)
2-5 Sep | End Of The Road Festival
25-26 Sep | Dot to Dot Festival
17 Nov | Scala, London
​
Drug Store Romeos - The world within our bedrooms - out 25/06/2021 via Fiction
1. Building Song
2. Secret Plan
3. Bow Wow
4. Elevator
5. Walking Talking Marathon
6. Frame Of Reference
7. Feedback Loop
8. What’s On Your Mind
9. No Placing
10. Vibrate
11. Electric Silence
12. Kites
13. Put Me On The Finish Line
14. Cycle Of Life
15. Adult Glamour