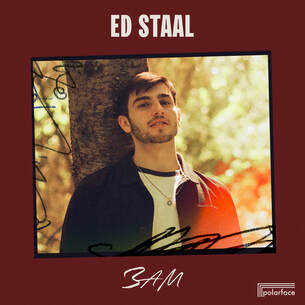 Hertfordshire newcomer Ed Staal aims to keep momentum going with his latest effort
“3AM” – taken from his forthcoming, anticipated debut EP.
Perfect for those late-night vibes, “3AM” hears Ed’s emotive, soothing vocals tell a
seductive tale of desire and longing across dreamy synths, hazy guitars and a sultry
groove.

Speaking about the song, Ed explained: “’3AM’ is a track that I wrote at university
exploring the late night, post-drunk atmosphere that nearly all young people
experience, to familiarize themselves with those melancholic moments they’ve had in
the past.”

Racking up over 100K Spotify streams so far for his singles, “3AM” follows on from
Ed’s well-received track “Summer Girl”; its bright and bouncy sound picked up major
support from BBC Radio 1’s Huw Stephens and landed on Spotify’s hotbed of
emerging talent New Pop UK amongst further editorial support from Spotify and the
blogosphere.

Raised in the countryside in Hertfordshire, nearly all of Ed’s family members played
an instrument, encouraging Ed to write music from a young age. His inspirations
widely vary from the funk and soul productions helmed by the likes of Stevie
Wonder, Sam Cooke and Otis Redding to songwriting greats like The Beatles and
modern-day influences by Justin Timberlake for a cohesive, polished and unique
sound.
​
An exciting name to emerge from the UK this year, Ed’s funky pop fusion is sure to
continue captivating fans and tastemakers alike as he continues unfolding before
audiences – expect much more to come from the promising newcomer in 2020 and
beyond.

Check  it out here!