EDEN HUNTER
“ALL MY LOVE” 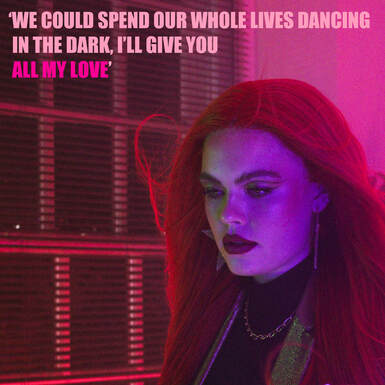 Check out "ALL MY LOVE" 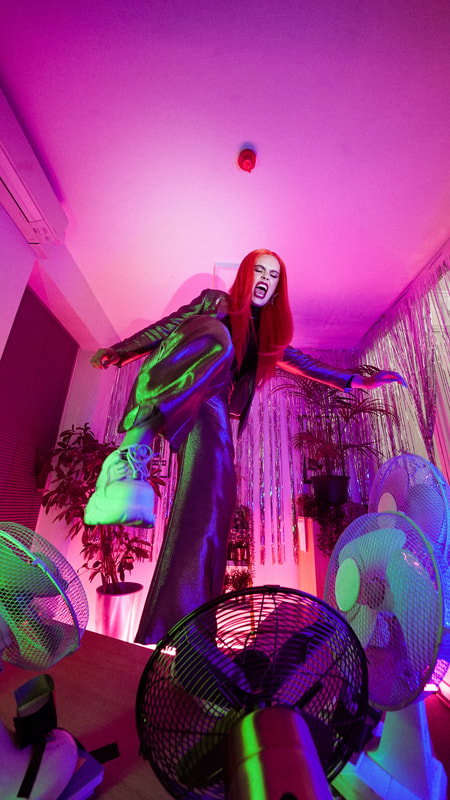 After making significant traction in 2021 with her first ever musical releases, British pop princess in-the-making Eden Hunter is ready to continue making her mark on the UK music scene via her third official single: “All My Love”, out independently via AWAL.
Demonstrating her versatility with mellower synthpop sounds in contrast to her previous efforts, “All My Love” is the twenty-year-old musician’s Pride anthem celebrating self-acceptance and coming to terms with her own queerness, consequently allowing her to offer ‘all her love’ to the world and those around her.

Speaking about “All My Love”, Eden said the following: “I wrote ‘All My Love’ at a time of complete inner frustration. I was really uncertain about who I was, both artistically and individually. I have always relied on my ‘artist self’ to be an ideal version of myself created from my best qualities but also stays really true to who I am; for some reason, I felt like no matter how hard I tried, I wasn’t quite meeting the mark of anyone's expectations – or my own. Therefore, the song is a message I’ve written to myself reminding me that when I don’t meet the standards set by people or society, and when I feel like I don’t belong and no one ‘gets it’, I will still continue to give people all my love because that’s who I am and I will always stay true to myself.

The video for ‘All My Love’ was possibly one of the most fun things to shoot ever; it was my first ever music video and we shot it across two nights in June 2021. The song is about self-acceptance and trust even when others aren’t that way towards you so I knew I had to involve my friends who really encourage that within me and pioneer that to the world… so we created an ‘80s themed office party with myself, a five year old CEO and four drag queens!”

“All My Love” is the third and final instalment in Eden’s trilogy of singles: the unapologetic synthpop banger “Chance My Heart” and uplifting sounds of “Weightless”, which saw Eden make a splash with international tastemakers including Wonderland, Notion Magazine, ENFNTS TERRIBLES, GScene, Equate Magazine, Crack in the Road, The Q Review, The Honey Pop, Australia’s Amnplify and Belgium’s Dansende Beren. With 20K streams now to her name, Eden celebrated the start of the trilogy with her sold-out launch show at London’s Bush Hall.

Although on first listen one might assume Hunter’s music examines romantic experiences, Hunter’s songs actually explore platonic relationships as well as her relationship with herself. All of Hunter’s music is only written from the perspective of what she personally experiences: “My songs have genuine, raw messages. None of my music I write for my own artist project is about being in love because I have never been in love; it’s about friendship, hardship, happiness, drive, intuition.”

Eden has been working tirelessly to put herself out there over the last few years, building a growing yet loyal following by performing at countless showcases around the UK in venues including O2 Academy Islington and Putney’s The Half-Moon. Eventually finding herself in sessions with some of the industry’s biggest labels, Hunter decided to go at it alone and independently share her original creations with the world – totally on her own terms.

The queer artist continues attracting a predominantly LGBT+ crowd with her performances, including a string of performances at London’s Freedom Bar, and counts many notable UK and US drag queens (including Tia Kofi and Ella Vaday) as fervent fans of her work: “Most of my life I never felt as though I slotted into a mould that I didn’t have an influence in making. In queer culture there is no mould.”

Still only at the start of her career but with credible co-signs rapidly pouring in, Eden Hunter is already proving herself as a force to be reckoned with; consistently delivering pop bops with substance, stay tuned for more in 2022 from this promising young artist.