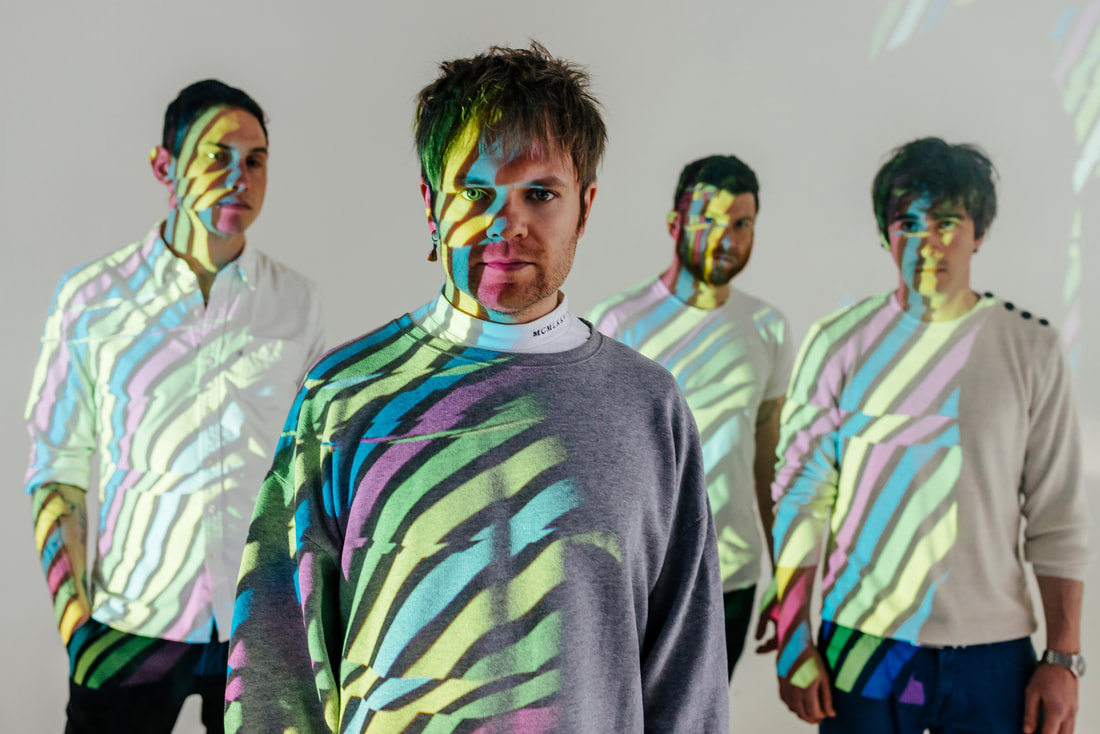 Out of the blue, and exactly one year to the day from the release of Enter Shikari's most recent and biggest album, 'Nothing Is True & Everything Is Possible', comes the companion collection 'Moratorium (Broadcasts From The Interruption)'.

Upon its release, 'Nothing Is True & Everything Is Possible' received universal critical acclaim, gave the band their sixth UK top 10 Album Chart position (finishing the week at #2, their highest position yet), and by end of 2020 had been chosen as Album Of The Year in the annual Kerrang Magazine reader's poll, as well as earning the band their second Rock Sound cover in twelve months, as one of the magazines choices for Class Of 2020.

With the worldwide pandemic and resulting lockdowns hitting the UK a couple of weeks prior to the release of 'Nothing Is True & Everything Is Possible' all traditional promotional activity, along with any hope of live shows, was shelved. Enter Shikari looked for other avenues to keep themselves, and their fans, entertained.

'Broadcasts From The Interruption' was the umbrella moniker for the various home studio sessions and acoustic performances Enter Shikari recorded and released on YouTube and elsewhere throughout 2020 / early 2021. The band chose the best & most interesting from the large available selection of performances along with special performances for 2000 Trees and Five 4 Five's online festivals - and these have now been remixed by Rou Reynolds, mastered and compiled for worldwide release.

"With no live shows, and no real contact with the rest of the band, it was nice to at least be able to do some remote sessions together. It was also interesting to develop acoustic and alternative versions of some of the new tracks. These performances went some way to filling the gaping hole in our lives!" (Rou Reynolds)

'Moratorium (Broadcasts From The Interruption)' also includes two special solo acoustic performances recorded by Reynolds especially for the release, which see him accompanied be Bulgaria's Sofia Session Orchestra. These include a drastically reworked version of 'The Dreamer's Hotel' taken from 'Nothing Is True & Everything Is Possible'.

"After creating an acoustic version of 'The Dreamer's Hotel' to play during lockdown livestreams, I began to think that this rather dulcet adaption could benefit from some orchestral parts. I love composing and it was a joy to work with the Sofia Session Orchestra, who, as you'll hear, nailed it". (Rou Reynolds)

On July 16th 2021, the band will release extremely limited edition physical versions of 'Moratorium (Broadcasts From The Interruption)', alongside deluxe 2-disc editions of 'Nothing Is True & Everything Is Possible' featuring both albums. Pre order here: https://linktr.ee/entershikariofficial

Also released on July 16th is Rou Reynolds fourth book, 'A Treatise on Possibility: Perspectives on Humanity Hereafter', which serves as a companion guide to lyrical themes of the album 'Nothing Is True & Everything Is Possible'. At a time when quite literally Nothing Is True & Everything Is Possible, Rou Reynolds has gone in deep, head first, exploring the predicaments of modernity. Using his lyrics to navigate the complicated web of problems, he arrives on the other side with his 'Treatise on Possibility'. Hard-hitting and thought provoking, this is a unique perspective on humanity as we approach a point of great change.

Enter Shikari have announced their UK rescheduled tour dates below:


Original tickets for all dates remain valid for the rescheduled dates, tickets available here: http://www.entershikari.com/shows and all ticket retailers.

Special guests for all UK dates are Dinosaur Pile-Up and Nova Twins.