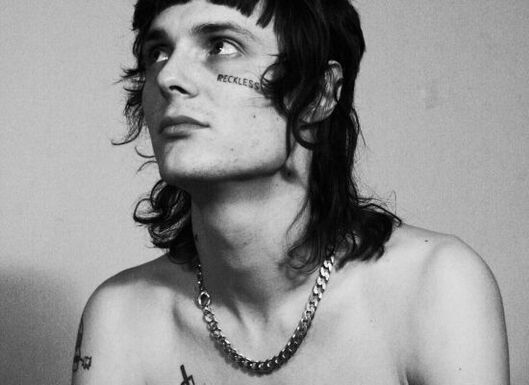 The song is meant as a celebration of the transition from a teenage subconscious belief in immortality, the inability to fathom death, to a newfound perspective, forced through life experiences, to accept the inevitable. Part of this change is to mourn the loss of freedom and fearlessness that allowed one to experiment and evolve. Time becomes heavier but also more precious.

‘Everything’s Changing’ is written from the viewpoint of someone who has lost a loved one. It is asking the passed spirit for advice, about how to embrace the loss of control, how to understand and face mortality, to treasure the passing of time and make the best of it.

Regarding the single Aime says, “This song is inspired by the thoughts and feelings I was affected by when I became a father. It made me realise that one day I won’t be there for my daughter, and that’s the cycle of life. It is a hard lesson. The illusion of immortality is a cocoon that allowed me to experiment with my body and psyche in order to discover myself without fear of consequence. But when death became relevant, it felt like my past self was experiencing some kind of death, which somehow made me understand better what it means to be alive."

The forthcoming albumSay Yes, Say No is a bright and soulful record from the Berlin-based, Parisian singer and is entirely self-written, produced and mixed. It is an open journal and a journey that weaves from reflective nostalgia of melancholic lows, to a breath of new energy and hopeful sentimentality.

Say Yes, Say No is a sensitive and unique take on pop music and finds Aime inspired by his varied influences; from post punk and indie rock, to hip hop and trap, as well as soul and 60s pop.

The album prompts a response from all emotions. It’s a record to dance to, as found in the vivid alt-pop of lead single ‘What’s Up With The World?’, while it’s also a record to cry to. The latter provoked by deeply honest and moving moments such as the haunting ‘Don’t Be Sad’, or the single ‘In This Dark Time’, recorded in reaction to the effects of the Covid-19 pandemic.

Say Yes, Say No carries an inspiring theme throughout, revealing a supportive message of comfort to those who have ever felt alienated or isolated.

This is demonstrated directly in the title itself.Say Yes, Say No reflects a life of self-doubt, heavily influenced by icons, while also dispirited by the opinions of others. Ultimately Say Yes, Say No flourishes to celebrate a new found self-confidence.

Aime Simone’s character is both unusual and complex, dictated by a life that has experienced great highs, the deepest lows, and huge challenges.

Say Yes, Say No plays as an open diary, deeply honest and therapeutic, both sonically and lyrically. Inspired by life changing moments and a fresh outlook on the world, the album is captivating and thought provoking.Say Yes, Say No is an intimate introduction to the fascinating being of Aime Simone.
“Aime Simone’s uplifting melancholic pop finds hope in apocalyptic times”
Daily Star

“Aime Simone offers tenderness… A songwriter of rare depth, the emotional undercurrents from his work are innately tied to the world around him.”
Clash