FAKE SHARK
‘TIME FOR THE FUTURE’ 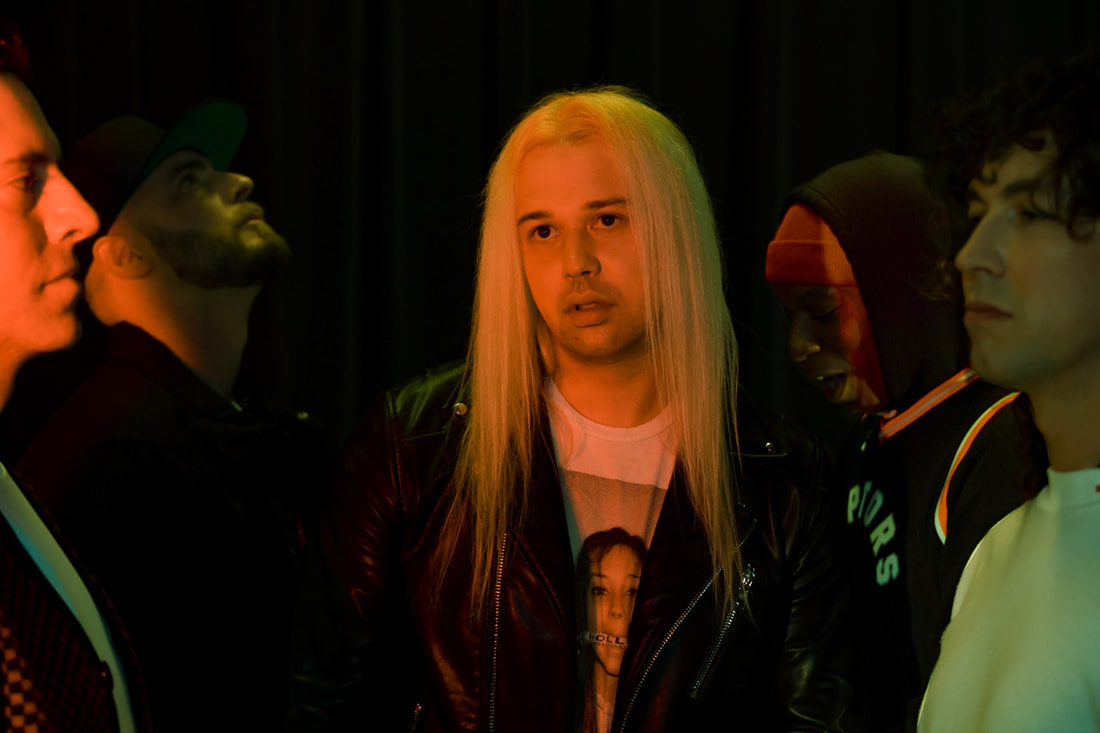 Canadian alt-pop band Fake Shark storm back with “Time for the Future”, their first single for 2021 from their forthcoming new album – released via Light Organ Records.

Embodying an abundant ‘80s pop sound with a markedly modern sheen, “Time for the Future” layers cinematic synth-wave sounds with cyberpunk vibes for an energising, optimistic look towards the future, especially the lasting impact of technological advancements on society and culture.

Speaking on the track, Fake Shark’s frontman Kevvy explained: “‘Time for the Future’ is a song about how the choice is yours; whether or not you use all the opportunities at your fingertips for inspiration or to add to the chaos that already exists in the world. Because of technology, being successful as a creative person is anyone’s game, but a lot of people choose to use it instead to spread negativity, and I think that’s a missed opportunity to actually do something great. Maybe instead of using Twitter to tell a director their movie was bad, you could use the phone in your pocket with its absolutely incredible technology to go make one yourself that you think is better. ‘Time for the Future’ is about harnessing your abilities and becoming unstoppable or self-destructing.”

Through the years, Fake Shark – comprised of long-time frontman and creative force Kevvy, Louis Wu, Tony Dallas, Alex Glassford and Jake Fox – have amassed hordes of loyal followers around the world on the back of their unconventional and undeniably distinctive brand of off-kilter pop; original concepts, cutting lyrics, and a plethora of interesting voices at the heart of all of Fake Shark’s tracks. In the vein of boundary-bending pop innovators like Prince, No Doubt, Solange, or their comrade Blood Orange, no two Fake Shark albums are alike, yet all are instantly recognizable as their own.

With multiple albums to their name – the latest being the 2020 EP House of Mirrors – Fake Shark’s groove-oriented and melody-driven music has seen them build significant support in their homeland, alongside nurturing an international fan base with sold out tours in Japan, the UK and US.

In addition to his work with Fake Shark, frontman Kevvy has developed an international reputation for his unique musical vision, leading him to produce, remix and write for a wide array of artists from household names like Carly Rae Jepsen and Kat Von D to breakthrough talents like Fionn and Michaela Slinger. While also broadening his musical palette by composing for film and visual media with an impressive list of credits to his name, it’s Kevvy’s work with Fake Shark that represents the purest distillation of his artistry.

Looking towards the release of their new album in 2021, “Time for the Future” marks another significant moment in one of the most exciting pop band coming out from Canada, as they continue gravitating towards international acclaim.