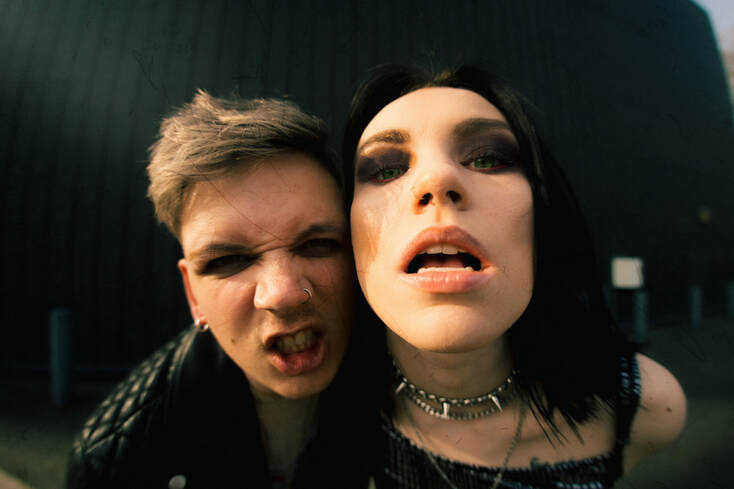 I JUST WANNA KNOW WHAT HAPPENS WHEN I’M DEAD LIVE

“Bubbling with frustration but cut with a The 1975-like lust for life” NME
“Every one of Hot Milk’s moves has felt like a serious statement” Kerrang!
“One of the most exciting new rock acts around” Music Week
The band were formed in 2018 by vocalist and guitarist duo, Han Mee and Jim Shaw, two friends who met working behind the scenes in the Manchester music scene. Yet they yearned to be in a band themselves. “We got to the point where we were why not? What else have you got to lose?” says Jim. “We thought, we can go for this or we can get to 60 and know we didn’t do right by ourselves.”

That sense of not letting life slip through your fingers is at the core of Hot Milk’s punk-indebted ethos. And having taken a leap of faith to grasp their platform, the band, completed by bassist Tom Paton and drummer Harry Deller have quickly made their mark with o er 25million Spotify streams across their 2 EP's, a sold out UK Headline tour alongside main stage appearances at Reading & Leeds and Download. Oh, they've supported Foo Fighters and will be again this year!

Walk into any Hot Milk show and you will feel that sense of community. Through their honest lyrics and inclusive approach, the band say their aim is to create an “aggressively space safe” where fans are empowered to be themselves, “authentically and unapologetically”, as well as opening up a dialogue for people to talk.

“Life is fragile,” says Jim. “You can’t take things with you, but you can make the best memories. That’s the most important thing in life. Your currency is your memory.” “What you can take with you is something that absolutely makes the blood pump round your veins and gives you goosebumps,” agrees Han. “That’s what this band is to us. It’s our passion".