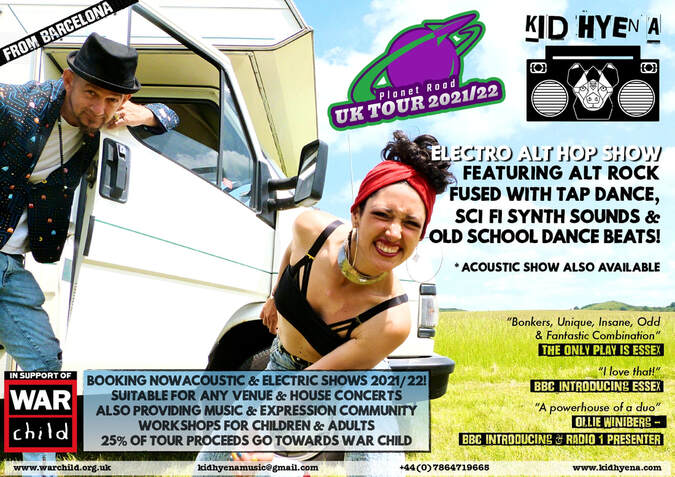 A musical resistance formed on the backstreets of Barcelona ‘Kid Hyena’ embrace the urban landscape of the city with crafted electronic beats & synth melodies. This they combine with an alchemy of sound featuring tap dance & body percussion, melodic 'alt rock' infused bass and heartfelt voices sung in English and Spanish.

Both band members are keen lyricists with an eye for writing about social and cultural themes and their words are integral to the bands make up and trajectory.
​
Influenced by old school folk & hip hop sounds, alternative rock and experimental music the band have just recently finished an exploratory period of intensive recording where they released three albums over two and a half years.
They began with 2017’s acoustic statement ‘Rebel Heart Club’ and followed up in 2018 with musical collage ‘B Side Fantasy'.
Just recently the band have completed their third album 'Gravitate' which showcases their new 'Electro Alt Hop' sound.

As ever the band cease to remain static and continue to look for new innovative ways forward with their music. They've several projects currently on the go including the acoustic 'Soapbox 21', a musical graphic novel, a new record label and new material for an as yet untitled album being recorded.
Now based in the UK, they have had radio coverage on amongst others BBC Essex & BBC Introducing, from the autumn of 2021 the band are planning a year long tour in a campervan to play as much music as possible and raise money for child protection charity 'War Child'. 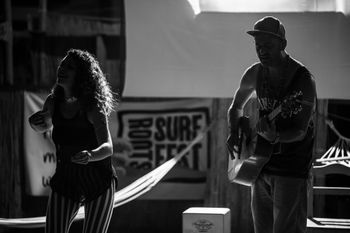