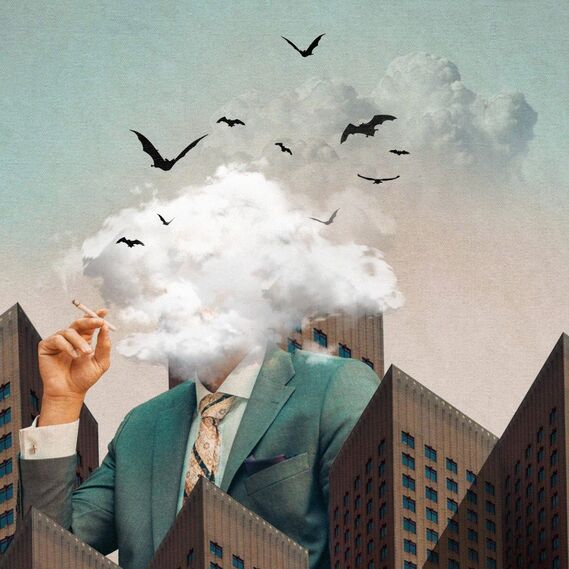 Following up on the successful release of their recent single 'Swarm', Bristol's alternative-rock three-piece Krooked Tongue have today released a surprise new single 'Vampyre'.
After their formation in 2019, the band released their debut single 'I Wanna Steal Your Car' to critical acclaim, which soon saw them embarking on their debut UK tour.  Label interest in the band quickly grew and they soon established working relationships with the likes of ENTS 24 and Laney Amps.
2020 saw the cancellation of their second UK tour and the postponement of shows alongside the likes of Dinosaur Pile-Up and Turbowolf, as well as festival slots at Boardmasters and 2000 Trees. The band have instead spent the last year honing in on a more refined studio sound with Josh Gallop of Phoxjaw, working to help replicate their formidable and much-acclaimed live act.  Krooked Tongue are aiming to launch themselves back into the groove of gigging, which they kicked off with a tour alongside Moriaty and Mother Vulture, combined with a sponsored gig with Laney Amps.
Their latest track 'Vampyre', the second single from their upcoming EP, broods with a dark and energetic swagger, combining threatening bass notes, slick poetry and addictively heavy riffs. The song's finale erupts into a cataclysm of sound, scorching a fire pit in the ears of the listener.

Speaking about Vampyre, produced, mixed and mastered with Josh Gallop (Phoxjaw, Mother Vulture) at Stage 2 Studios in Bath, vocalist and lyricist Oli Rainsford states, "Vampyre embodies what it means to be carefree and have fun; the age old tale of 'drunk invincibility' in this case personified and paralleled by the transfiguration of a Vampire."