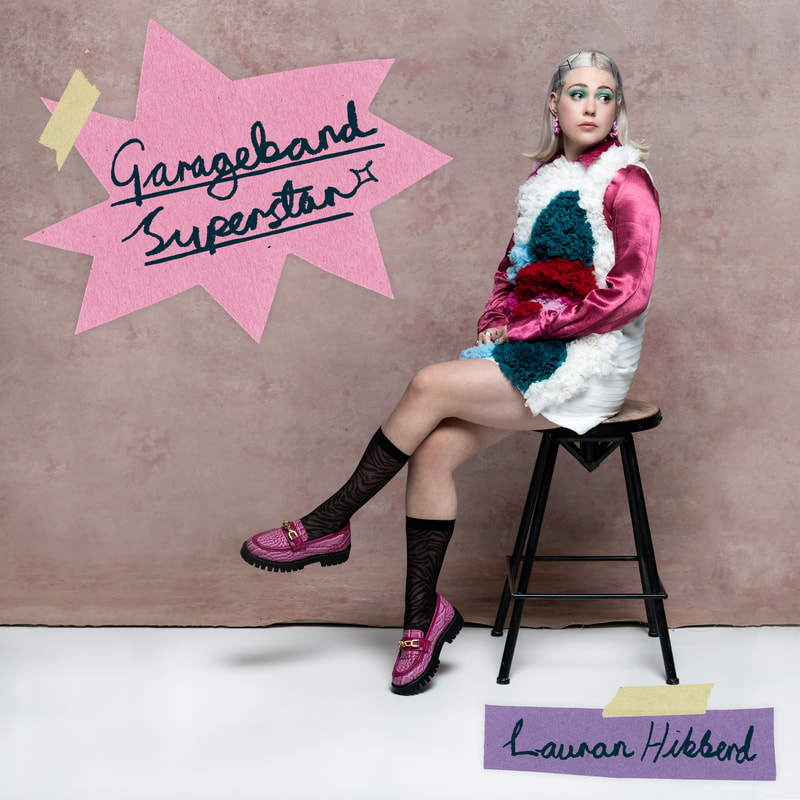 “‘Garageband Superstar’ is dad rock for your daughters”, Hibberd reveals. “If you don't get the feeling of relief similar to the one of undoing your jeans button after a big meal, I'd feel crushed. It's a nod to all of my favourite 90's sub genres, and the soundtrack to your next favourite trash TV show that no one else gets but you.

There's tracks about breaking your leg, falling off rollercoasters, taking off your pants, competing with Red Dead Redemption, boys in the supermarket, writing essays on Facebook walls, people who take leg days seriously, and the enigma of being a superstar. All pretty relatable stuff right?

Beyond staining my pants excited to have Brendan B. Brown of Wheatus, DJ Lethal of Limp Bizkit and Viji featuring on this record. Music is more fun with friends. Hope you like it. Don't tell me if you don't. I'm insecure”.

Photo: Steve Glashier
Brimming with charisma and satire-fuelled anthems, the DIY Magazine Class of 2022 star’s remarkable potential is reinforced by the groundswell of support across the press landscape (The Guardian, The Times, The Independent, NME, The Line Of Best Fit, Dork, DIY, Billboard, Consequence of Sound, NYLON, Clash, Gigwise, Kerrang, Rock Sound, Upset) over the last few years, as well as significant praise across the BBC Radio 1 (Clara Amfo, Jack Saunders, Gemma Bradley) and BBC 6 Music (Chris Hawkins) airwaves, as she tackles the next phase in her thrilling development.

Fresh from nationwide dates supporting chart-toppers The Snuts and Stand Atlantic, as well as a sold-out 2021 UK headline tour, the enigmatic musician’s raucous live show has already seen her earn impressive support tours with Hippo Campus and The Regrettes in recent times. Having landed several prominent slots throughout the summer festival season (sharing stages with the likes of Bombay Bicycle Club, Everything Everything and Sundara Karma), Hibberd will also be hitting the road this autumn to coincide with the release of her debut album.

Lauran Hibberd’s ‘Garageband Superstar’ (LP) is out August 19th via Virgin Music and will be available on all digital platforms.