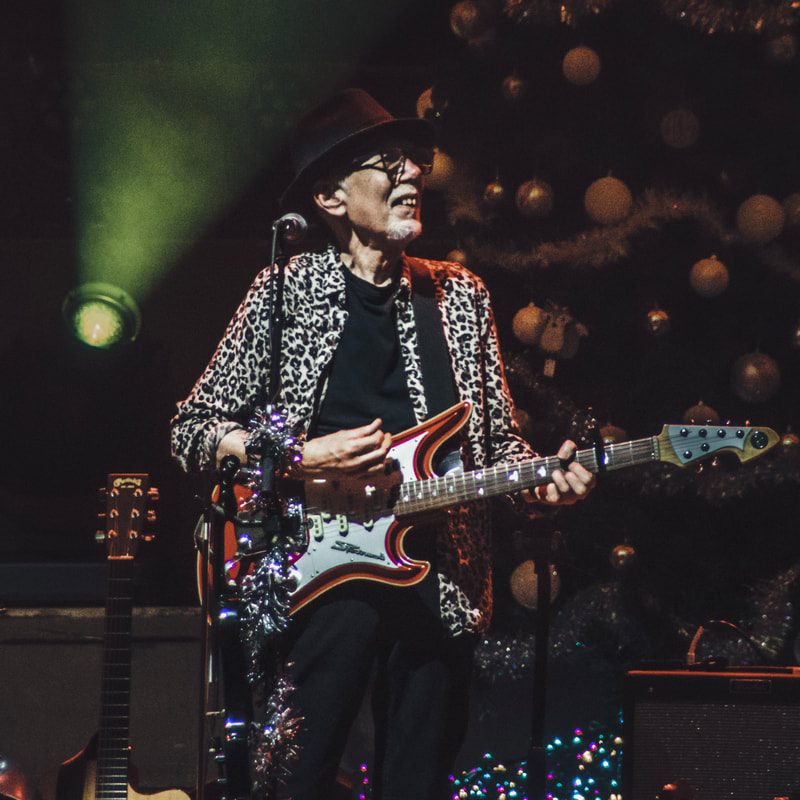 Photos and words: David Weddle
www.lindisfarne.com
The legendary northern rock band Lindisfarne graced the hallowed stage of Newcastle City Hall once again on 17th December as their last show of 2022.

Having not had the honour of seeing Lindisfarne live before, I was unsure what to expect. I had obviously heard a lot of their music over the years, it is almost impossible to not have heard a Lindisfarne track, but until now, I had never been to a show.

On my arrival at the auditorium, I was greeted with a festive atmosphere thanks to the sterling work of a brass band, which played Christmas tunes as the audience found their seats. A large Christmas tree adorned the stage, and there were plenty of fancy outfits and Santa hats on display from the home crowd.

Prior to the show, there was a comedic introduction by the great man himself, Santa Claus, with a sackload of one-liners that went down a treat. After testing the crowd's clapping and cheering abilities, Santa introduced the band, which walked on stage to rapturous applause. 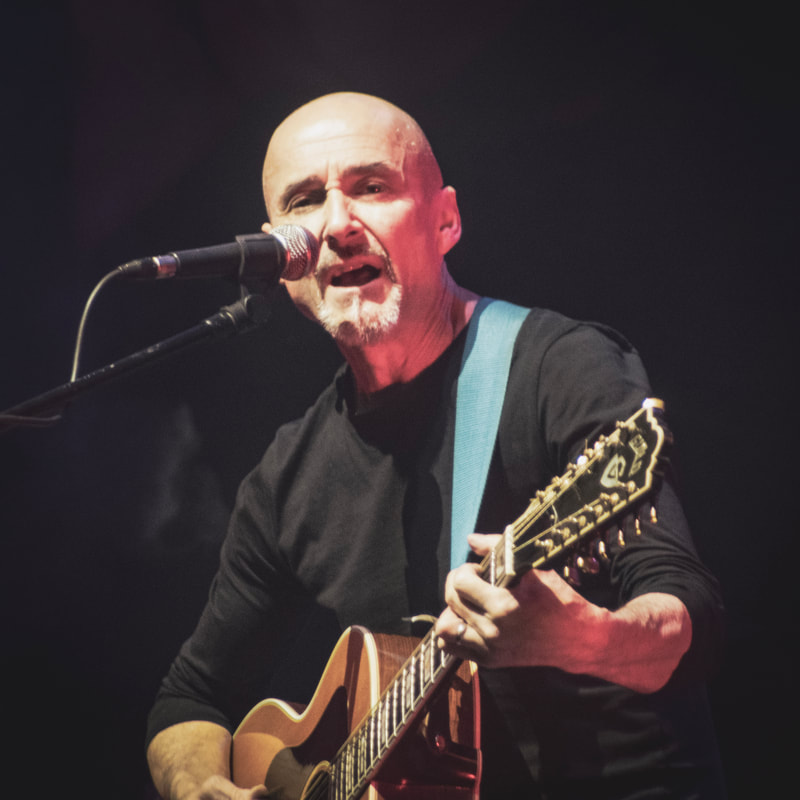 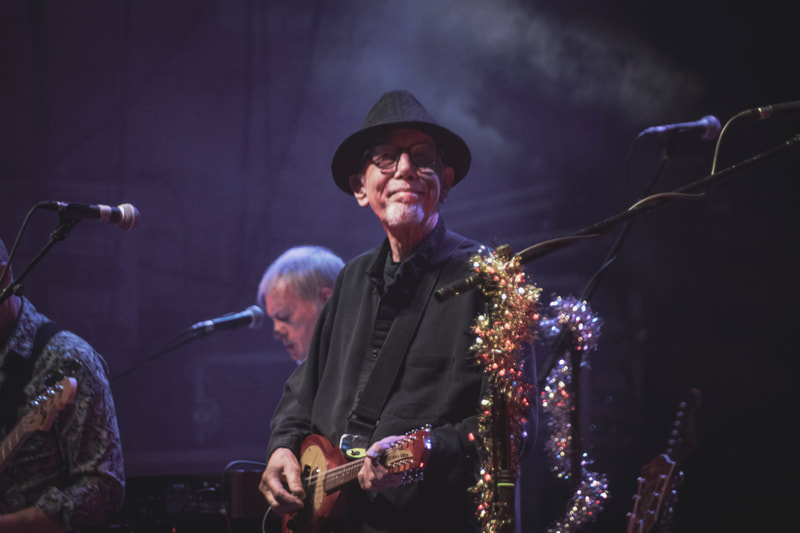 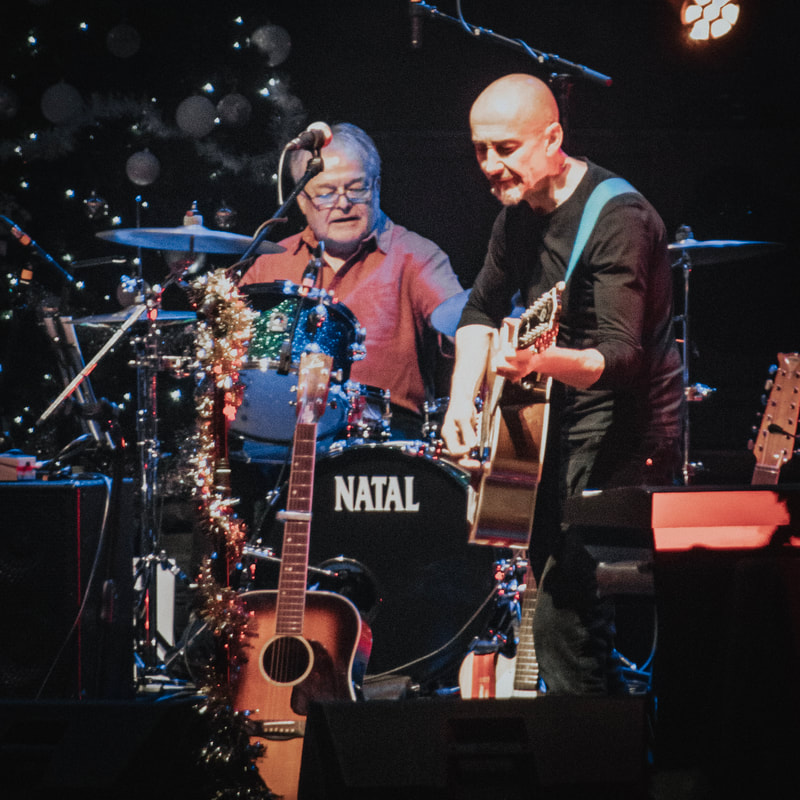 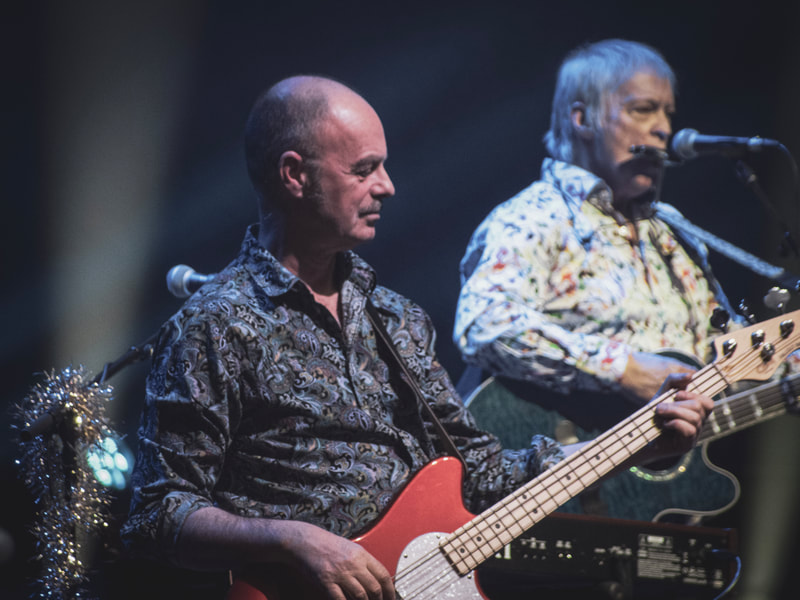 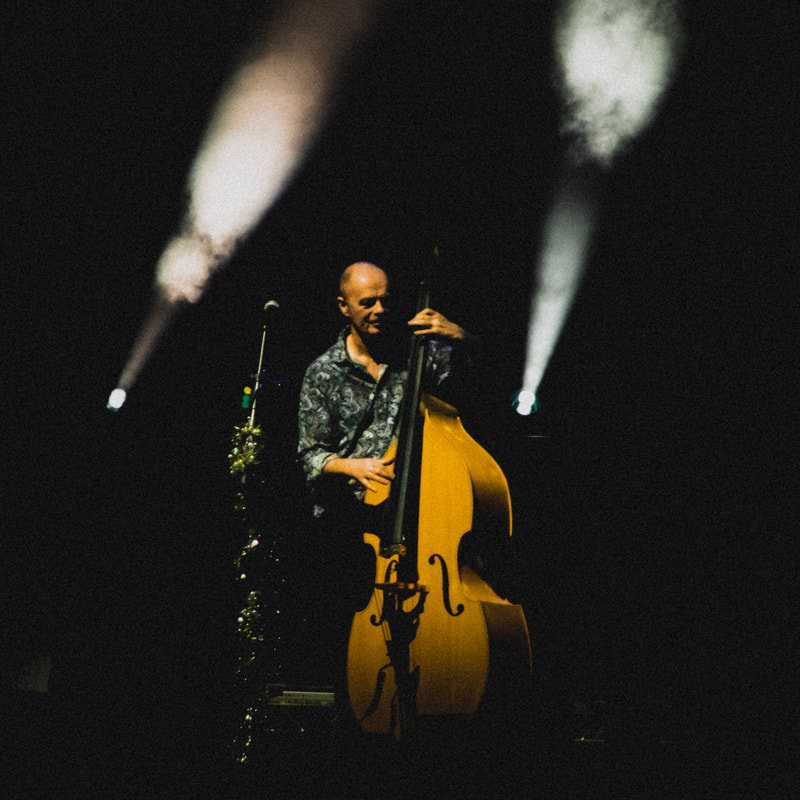 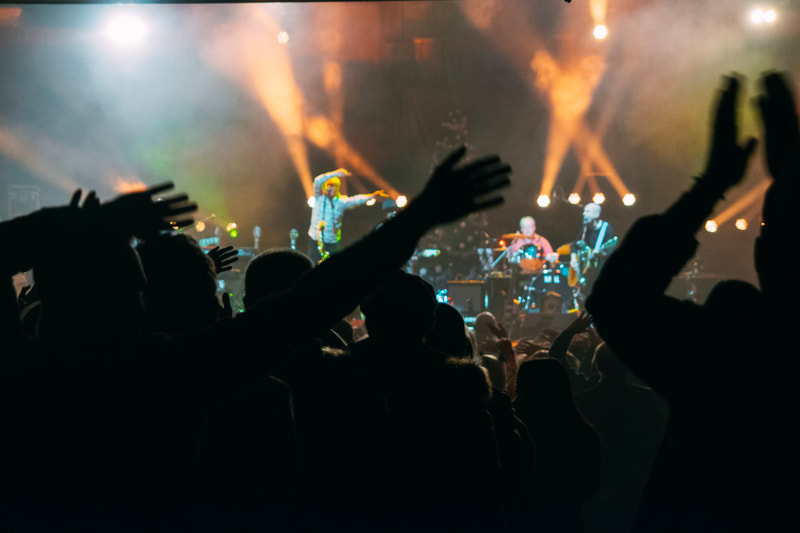 Getting straight into it, the band picked up their instruments and kicked off the show with 'No Time To Lose'. Rod gave a brief hello and said how great it was to be back home after spending the last year playing the length and breadth of the country. 'Turn A Deaf Ear', was next up, and they did the song justice with a stunning performance. With the bar set high from the start, it was clear the night was going to be one of those unforgettable shows.

With a career as long as Lindisfarne's, there is inevitably a lot of material to get through, and with a crowd of dedicated fans, there was no way the band were going to leave people feeling shortchanged. A whopping 22-song setlist is made up of classic tracks and a few newer songs thrown in there for good measure.

Lindisfarne belted out hit after hit. The show was in two parts, with an interval after 11 songs to give everyone a chance to refresh themselves. The first half featured Alan Hull's track, 'Statues and Liberties'. The massive hits 'Lady Eleanor', 'Road To Kingdom Come' and 'One More Night With You', and a nod to the nurses and railway staff before playing 'Even Santa Gets The Blues'. Steve belted out a superb rendition of 'Anyway the Wind Blows', a newer track......from the 1980s that sounded as fresh as ever.

After a short break, Santa was back with a few more jokes, which got a laugh from the crowd, before Lindisfarne were back doing what they do best. Starting with 'Call of the Wild' and playing through another set of Lindisfarne fan favourites.

A bit of story telling from Rod, who gave a bit of background to some of the tracks, including 'Train in Major G', which he admitted he could only sing in E, nevertheless it sounded fantastic. The crowd had been seated throughout the show, but that all changed as the band neared the last few songs, with Rod giving a brief history lesson about a party attended by the late great Alan Hull in Jesmond, Newcastle, which inspired him to write the classic track 'We Can Swing Together'. The crowd got to their feet, and the party was definitely in full swing.

Of course, no Lindisfarne show would be complete without 'Fog on the Tyne', and tonight was no different. The atmosphere was absolutely buzzing and the crowd lapped it up. Playing out to 'Run for Home' and 'Clear White Light Part 2'. The band's festive show was over, but it will certainly live on in the hearts and minds of those who were lucky enough to attend. A night filled not only with laughs and a spot of history but with great memories from a legend and stunning performances from the entire band.

A definite highlight of 2022 and a great way to top off the year.
​ 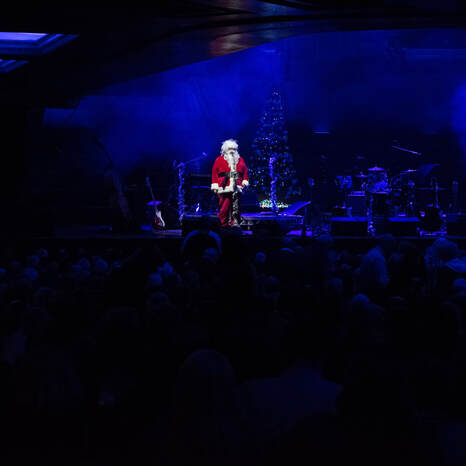 Santa warming up the crowd