MY LIFE AS ALI THOMAS
​release
“MY RED GOLDEN SUN” 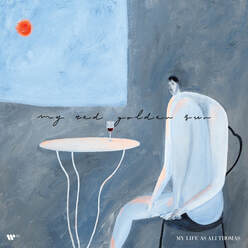 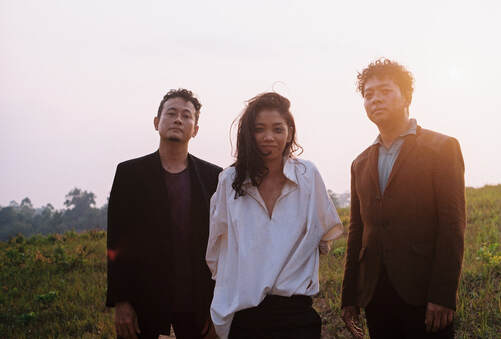 Strengthening their international presence with the uniquely distinct and tranquil sound, Thai alt-pop band My Life as Ali Thomas return with their remarkable new visual offering for “My Red Golden Sun”, perfectly timed for the Spring season.

Following on from January’s well-received “Rinn”, the collective continues to captivate their fans, this time round with an intriguing short story, gripping viewers with a fresh new perspective on escapism in all forms. With creative direction vividly led by Kanchit Sopchokchai, this impeccably crisp and clean-cut visual creates an undeniable feeling of freedom, all while gluing the audience to the screen.

The genre-defying group once again does not fail to showcase their differentiating and experimental take on creating music. Proudly unveiling this compelling visual for “My Red Golden Sun” via Warner Music, the new single visually paints a hard-hitting sense of liberation, championed by and eloquently packaged with the tailored fusion of string and percussion instruments.

My Life as Ali Thomas took shape in 2014 when frontwoman ‘Pie’ Kanyapak Wuttara joined with guitarist ‘Rack’ Wipata Lertpanya and drummer ‘Taw’ Wannaphong Jangbumrung to develop the band’s free-spirited musical style. Not adhering to one set genre, My Life as Ali Thomas blend ambient Brit rock influences with indie-pop inspirations and Pie’s distinctive folk sensibilities; her soft and airy yet highly emotive vocal presence and poetic aptitude shining at the heart of every track.

Conquering the online streaming space with numbers reaching millions through placements on key editorial Spotify playlists, the band has gained success through regular appearances at significant Asian music festivals such as Big Mountain Festival, CAT Expo and Bangkok Music City. The band effortlessly made history in 2019 when they became the first Thai act to play at the renowned SXSW Festival in Austin, TX – a testament to the burgeoning international appeal of My Life as Ali Thomas, which glistens with each solid release from the band.

Pie, Rack and Taw are excited for what’s to come across the year, as they continue to work on trailblazing new music to add to their national credibility and highly respected discography.
FACEBOOK   INSTAGRAM   YOUTUBE