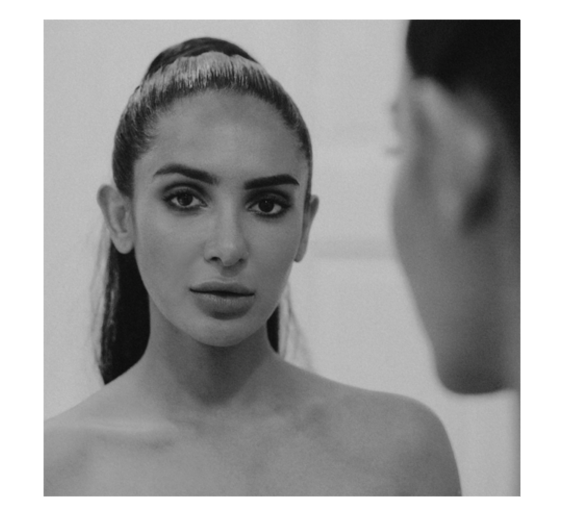 Nikita Bassi has released her brand new single ‘Hurt’. The song is an exquisite electronic-RnB take on the haunting classic from Nine Inch Nails.

The track has been produced predominately by Cores (Solange, Emeli Sandé, Gorgon City) although Nikita’s bedroom production set the tone for their collaboration. The track features a stunning vocal performance from Nikita, showcasing her distinctively delicate yet dusky vocals. Her hushed tones crescendo into climax towards the end of the unique rework.

Regarding the song, Nikita says, “I remember reading that Trent Reznor was initially “flattered” but worried that "the idea sounded a bit gimmicky,” when he heard Johnny Cash was covering it, let alone me. I wouldn’t have had the confidence to rework such a huge song that I found so uncomfortable/elegant, but a passing music opportunity around Christmas 2020 involved me rearranging and singing a handful of songs, this being one of them.

A couple of months later I listened again and realised how much the song itself resonated with me. I went to polish it up in a studio, aware that I am more of a bedroom producer and have my limitations when it comes to full production. I ended up making the final version with my friend Cores. We weren’t focused on perfecting anything. We were just mates making a song. Instrumentally, we followed the vibe I’d made on Logic myself. We talked about sad things, happy things… life really. The vocal was a lot more honest and then we liked it.”

‘Hurt’ is the first taste of new music from Nikita this year and follows the release of her highly acclaimed debut EP Satin in 2019. The alluring body of work was also produced with Cores and received huge praise from Rolling Stone, Harper’s Bazaar, The Independent, Mixmag, Clash, Flaunt Magazine and more. The songs also proved radio hits and received strong support from Radio 1 (Huw Stephens), the BBC Asian Network and BBC Radio London.

‘Hurt’ will feature on a new EP from Nikita to be released next year, which promises to be an even more expansive example of her rich and beautiful songwriting.