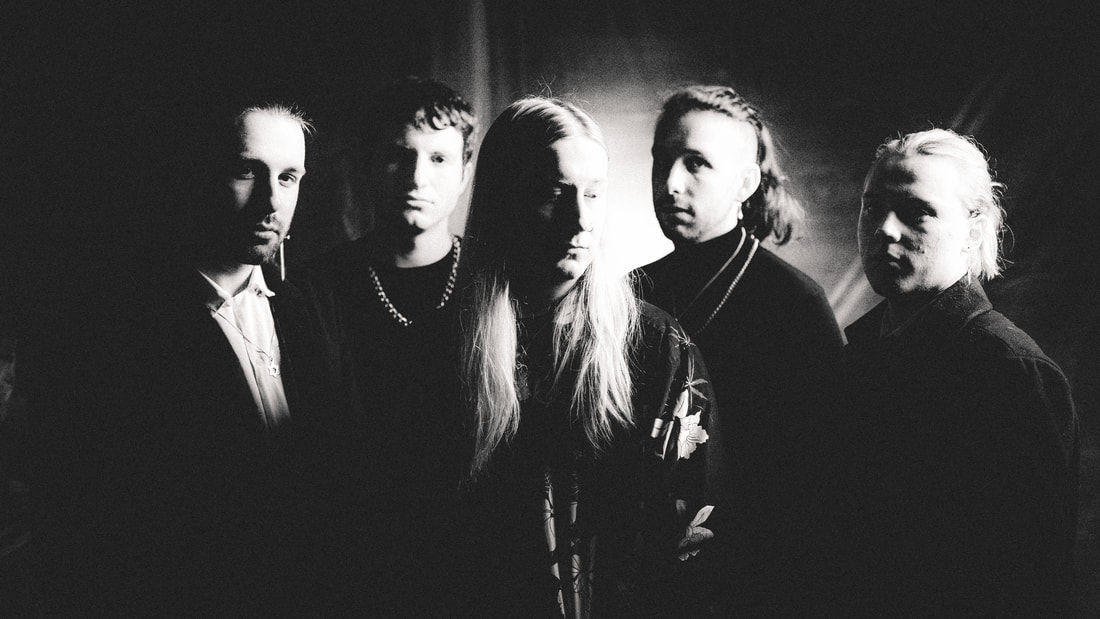 Since their debut in 2019, Bristol-based Nu-Metal five-piece NO:IR have evolved their sound from their hardcore roots to create a modern fusion from a host of genres. They take deep inspiration - and their name, from Film Noir, often characterised by cynicism, intricate plots and existential philosophy.

With five previous successful singles under their belt, the band have amassed more than 100,000 streams on Spotify. Their innate blend of rap and metal draws on an array of influences including emo, hip-hop and dark pop. This has resulted in a signature re-imagination of the Nu-Metal sound. Following up on the release of their recent single Phantom comes their debut EP Are We Really Alive?, due for release June 18th 2021.

Produced, Mixed and Mastered with Josh Gallop (Phoxjaw) at Stage 2 Studios in Bath, their fearlessly creative debut EP sees the band spike their metal with a bunch of other genres, taking the listener on a journey through unrelentingly heavy riffs, eerie, expansive landscapes and pounding trap drums.

Conveying themes of depression, anxiety, ego, addiction, distrust and unity, Are We Really Alive? sees NO:IR examining their own identity; holding up a mirror to the band’s own anxieties and addictions and questioning their honesty and integrity.

“Reality has become distorted as media manipulates people to behave a certain way, compliance is natural and identity is fragile. We have become distracted by the high intensity and anxiety of modern life and our own individualism and honesty has been lost to trends and conformity”, the band state.

Prior to the release of the EP comes their next single and accompanying music video Spineless, due for release June 1st. The track explores the anger and frustration around trying to navigate through the intensity of misinformation and difficulty finding your own identity while authority wants to dilute authenticity.

“‘In the face of the ones who don’t give a shit, in a space and a place where we don’t exist, we’re down for the fight we will resist’ shows a distaste of how people like us (alternative personalities, creatives, musicians etc.) are overlooked, and how we are a very strong group of individuals who will resist being mistreated. ‘There’s venom in my veins, a new drug to numb the pain’ is a nod to the culture of musicians taking substances just to ‘numb’ overwhelming feelings or personal accounts of facing addiction”, explains lyricist Evvi.


Are We Really Alive? is due for release June 18th 2021 and will be available on all major platforms.

Leading single Spineless is due for release June 1st 2021 and will be available on all major platforms.