release 'In My Head', the fifth chapter of their upcoming eight chapter album 'Black Heart'

Essex-based rock four-piece Palps are pleased to announce the release of their debut album 'Black Heart' on October 7th 2022.
Since their formation in 2018, this is the group's most ambitious work to date. The follow up to the band's 2020 debut EP 'Letters To You (That I'll Never Send)', Black Heart sees Palps turn their eight-track album into a harrowing eight-chapter short story which highlights the daily struggles of someone navigating their poor mental health and how it affects not only them but those around them.
Across each of the tracks' music videos, we are introduced to four characters, the story's protagonist Matt, plus Rose, Charlotte and the Plague Doctor. The story deepens and grows with each single release, with the room, at times tidy and decorated and at others cluttered or destroyed representing Matt's mental state, whilst the Plague Doctor character represents his suicidal thoughts.
Produced, mixed and mastered with Jack Twiner at Pyramid Studios in Reading, every track on the album unravels and pieces itself back together song by song, yet somehow manages to end up someplace uglier and more uncertain than the track before. 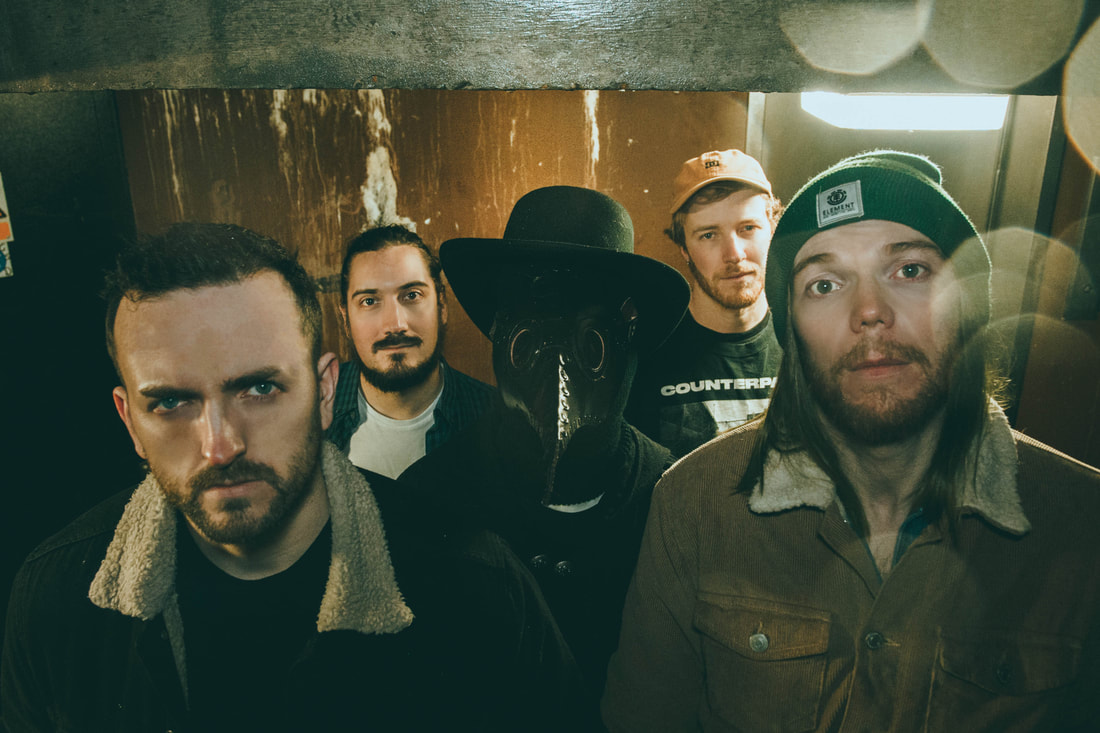 Prior to the album's release comes its latest single 'In My Head', the fifth chapter of the album's story, released today (July 1st). Speaking about the single, vocalist and lyricist Alex Gray says, "In My Head is all about my personal struggles with health anxiety.

I basically lost close to 5 years of my life to health anxiety, starting in 2017 when I became convinced I had some sort of heart condition that had somehow gone undiagnosed. In my more lucid moments, I would tell myself that if I had a serious health condition that had gone undiagnosed for years, I would have been long dead by now, but the constant palpitations and strange burning sensation in my chest would always return and I would be right back to where I started. This is also where the name Palps came from."

In this chapter of the album's short film, Matt is seen to be making an effort to take up healthy practices in order to get his life back on track. He's seen applying for jobs, starting up running and, towards the end of the chapter, starting his first day at work. The Plague Doctor is then shown again, symbolising that his dark thoughts and demons never stay away for long.