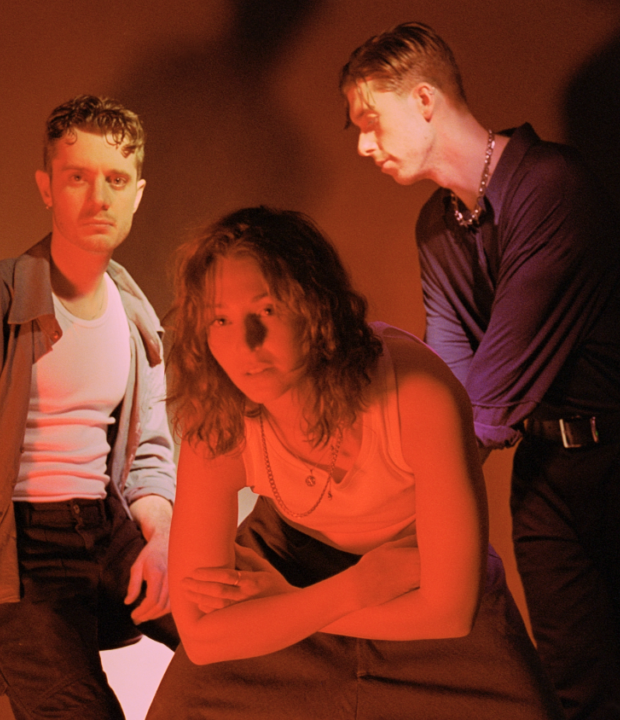 Polo have released their brand new single ‘CLUBLIGHT’, the latest track to be taken from their forthcoming debut album A Place Between States out October 22nd.

‘CLUBLIGHT’ takes aim straight for the dancefloor with a hypnotic pulsing beat, seductive vocals and pumping bass playing like a cross between Charli XCX and Tinashe.

Regarding the single singer Kat McHugh says “’Clublight’ is inspired by the type of nightclubs spread across mainland Europe that are often found in abandoned power stations or across the Eastern bloc. The nightclubs where ideas of sex and gender are dissolved, hedonism is encouraged, and that are so exclusive you have little chance of getting in unless you’re willing to let go of all your insecurities.

The song was written at a time where access to those spaces was impossible, so it comes from a place of longing and a wishing to return to it. The lyrics explore the excitement and myth of these nightclubs, and of the feeling it brings to come together with other people in a place where every person can truly let go.”

A Place Between States finds Polo seamlessly traversing the electronic pop sphere. It features previously released singles including the poignant down-tempo ‘A SOBERING THOUGHT’ and the pulsating R&B tinged ‘HOLOGRAM’.

Elsewhere ‘ERASE YOU’ is a twisted industrial dipped track with a vocal air of iio’s ‘Rapture’, while more beautiful sparse moments as found on the title track and ‘WE RECOVER’, which get as close as you can to a ballad on a Polo record while breakout electronic synth explosions are never too far away. This is demonstrated in the warped, chaotic yet ultimately composed pop tracks ‘SPOTLIGHT’ and ‘VISUAL HEART’ reminiscent of the likes of Arca.

“The album has given us the breathing space to explore ideas and concepts we've not yet been able to when releasing singles; we finally have space to be ourselves as a band without limitations,” says Luke of their hopes for the forthcoming release. “Every band is defined by their first album; this is us establishing who we are.”

A PLACE BETWEEN STATES TRACK LISTING