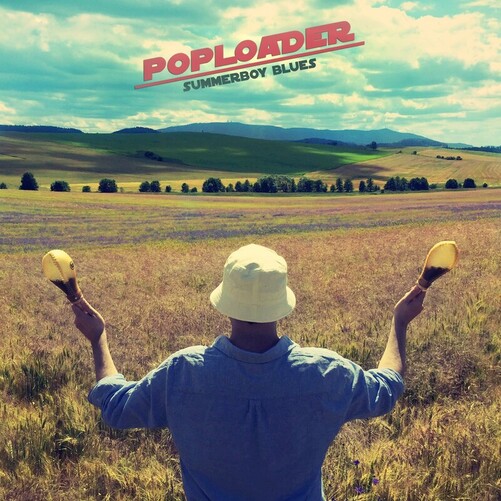 www.poploader.com
Indie-pop three piece Poploader's debut single "Summerboy Blues"
is available to stream right now, with their album due to be released in the Summer, 2022 is set to be a great year for them.
Read on to hear a bit more about the band in their own words.......
LOST & FOUND

Already at the end of the nineties, the three Poploader members Markus, Rainer and Thomas from Germany - who have known each other since their youth - spend many hours and days together in stinking rehearsal and backstage rooms as well as together live on stage. At the turn of the millennium, however, the three musicians lost sight of each other for a long time. It was only by chance that Markus and the two twin brothers Rainer and Thomas got together again almost twenty years later. After a few beers at the first meeting, the idea of ​​creating something new together quickly arises. The musical influences of the trio include textually and musically, among others from The Kinks, Oasis and DMA´s to The Cure and David Bowie ... Fans of English indie guitar pop can look forward to catchy songs with a lot of optimism, a pinch of retro and great recognition value.

A special feature: Each of the three brings song ideas into Poploader, and in some cases new songs are written for them. A second specialty: The trio not only take turns in songwriting, but also in vocals. A third special feature: all songs are recorded in the local basement music studio and arranged and produced jointly by Rainer and Markus.

GO LET IT OUT

With "Summerboy Blues", Poploader released their first release single on 7th August 2020, which was mastered by Arne Albrecht (among others, collaboration with Gurr, Roosevelt) at the Oakfield Studio and entered the Austrian Indie Charts at #1 (indiecharts.at) on 6th October 2020.

The debut album of Poploader is expected to be released in summer 2022.