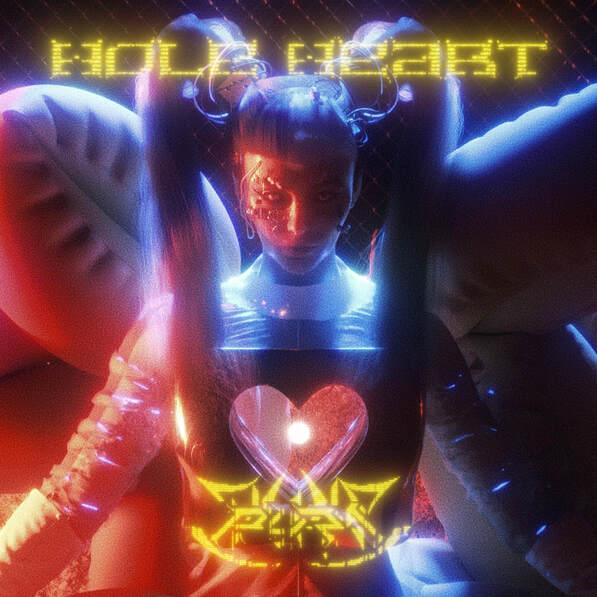 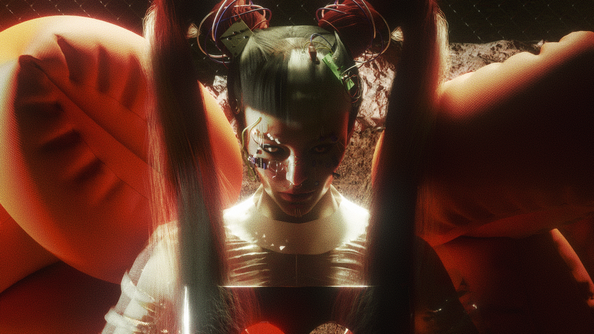 ​“PYRA sing-raps about empowerment and fighting back against the forces.” – NME
“The warrior of music.” – L’OFFICIEL
“What you should be listening to before the world ends.” – GQ
Continuing to make a difference with her genre-bending political music, Thai pop warrior Pyra unleashes her latest single “hole heart” – out via Warner Music.
A direct contrast to the optimistically sunny sounds of previous single “can’t keep running away”, Pyra delivers a powerful yet bleak message straight to the heart about the destructive nature of humanity over a low-key tribal pop beat seamlessly blended with angsty grunge guitars. The song is further explored in a strikingly provocative lyric video, featuring unsettling shots of a CGI cyborg model of the pop-activist with her chest removed to reveal an insight into the hollow and broken nature of humanity – ending with a terminal emulator glitching and fading out to black as the song’s closing electric guitars similarly malfunction into an abyss of nothing.

Pyra shared the following about “hole heart”: “hole heart” explores the human destructive nature ingrained in our DNA in our capitalist society. Survival of the fittest comes from trampling over one another to rise above. We clash and hurt each other and walk away, broken, with empty voids in our hearts. The capitalist society promotes competition over collaboration and retaliation over compassion - that is why the younger generation faces rising mental health problems and are poorer in comparison to the older generation. The ones that came before us have exploited the resources and now we’re left to deal with the consequences.

Making a major statement through fkn bad pt.1, the six-track EP hears Pyra pay tribute to Thailand’s political activists, address the impact consumerism has on global warming, as well as challenge stereotypes towards Asian women and cultural appropriation in her hit “yellow fever” with YAYOI DAIMON and RAMENGVRL – two of the buzziest and acclaimed artists coming out from Asia right now. Meanwhile “paper promises”, serving as Pyra’s response to the Thai government’s unfavorable handling of the COVID-19 pandemic, further personifies Pyra’s desire to confront socio-cultural issues by utilizing dynamic pop sounds and futurist aesthetics in order to inspire change and equality.

Already racking up over half a million Spotify streams alone for her singles, there is an undeniable global appetite for Pyra’s empowering and visionary truth-telling music, cementing herself as a cultural leader for equality and empowerment; the first Thai artist to play at Burning Man Festival in the US, Pyra was hailed as one of NME’s ‘100 Essential New Artists for 2021’ in conjunction with international commendations from the likes of PAPER, MIXMAG, GQ, L’OFFICIEL and VICE to name a few.

A gifted storyteller building a new world one song at a time, Pyra is an icon in the making and not one to be missed – stay tuned for even bigger things still to come.