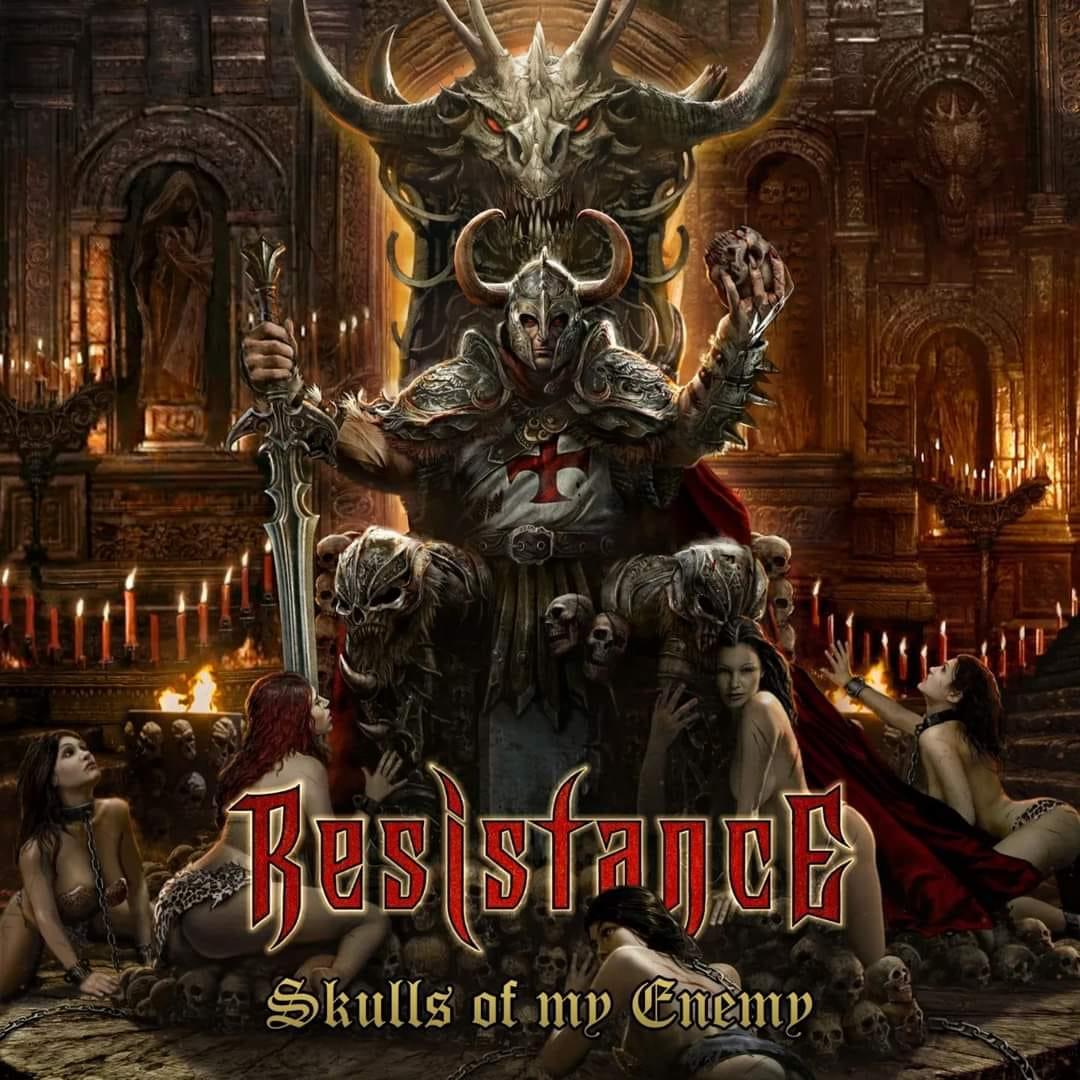 Traditional Heavy Metal stalwarts RESISTANCE have released the official video for "Valhalla Has Locked Its Doors," a track from the recently released album Skulls of My Enemy.

​RESISTANCE released long-awaited new album Skulls of My Enemy July 22 on CD and digital formats via Pure Steel Records. Written and recorded during the darkest days of the pandemic, Skulls Of My Enemy offers eight new songs (plus the Intro) that are an ode to Heavy Metal.

Skulls of My Enemy is streaming on most major digital platforms, including YouTube and Spotify.

Buy it here
RESISTANCE have crossed swords once more to call down the thunder with their finest album to date. Skulls of my Enemy is an anthem-laced call to arms, which will rally the metal legions worldwide. RESISTANCE have captured the sound and energy of their live performance with a sonic battle cry from the stage straight through your skull. Skulls of my Enemy delivers on all things you expect from The Los Angeles Metal Machine.

Since its 2000 inception, RESISTANCE have become one of the standout bands carrying the torch of the NWOTHM. Through years of writing, recording and touring through North America, South America, Europe and the Mediterranean, RESISTANCE have forged and refined their brand of American Power Metal. The quintet has released four prior studio albums and have now ridden into battle with its fifth release on Pure Steel Records.

Skulls Of My Enemy was recorded at the band’s own studio, The Metal Room. It was mixed and mastered by Ronald Sandoval at Rev Studios in Chino CA.

Skulls Of My Enemy is the culmination of all things RESISTANCE and it will hit you like a hammer strike to an anvil! Hail to the Horns!